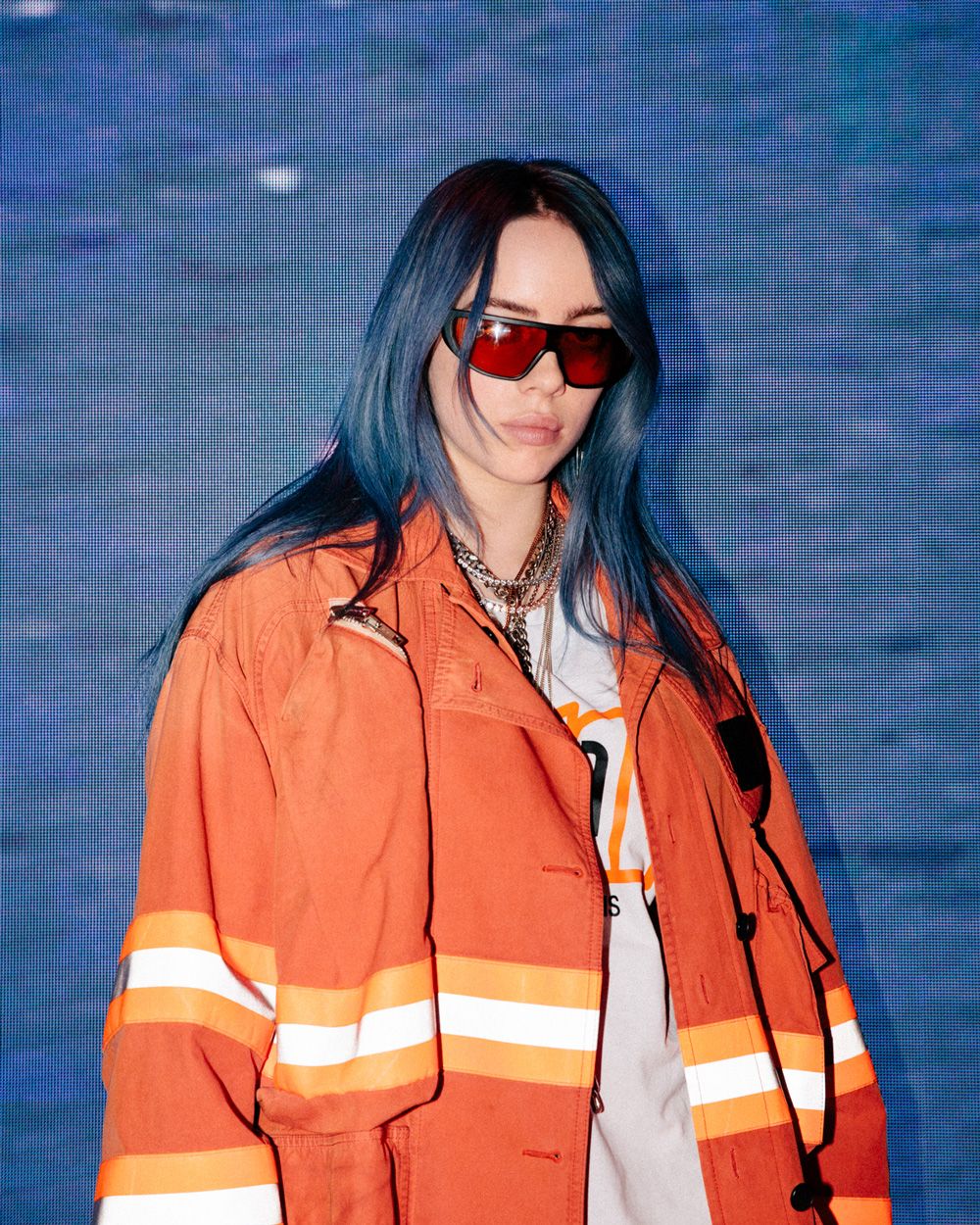 If the name Billie Eilish doesn’t ring a bell, then you may just as well have been living under a rock the past few years. The young American indie pop singer and songwriter exploded overnight in 2016 with her debut single ‘Ocean Eyes’ on SoundCloud, which went viral gaining her a huge following, and her meteoric rise shows no signs of stopping. Today Eilish is one of the best-selling artists worldwide.

Growing up in a family of musicians and actors she was perhaps predisposed for stardom, and she started taking singing classes from an early age joining the Los Angeles Children’s Chorus.

By the age of 11 she was already writing her own songs – taking after her brother, fellow musician Finneas O’Connell – and in 2016 ‘Ocean Eyes’ was released on SoundCloud (written and produced by Finneas), which grabbed the attention of Manager Danny Ruckasin. She was quickly signed to Darkroom and Interscope Records.

After putting out a string of well-received singles, Billie’s debut EP, ‘Don’t Smile at Me’ dropped in 2017, reaching the top 15 in the US, UK, Canada and Australia. She went on to collaborate with American rapper Vince Staples for a remix of her song ‘Watch’ titled ‘&burn’, and teamed up with American singer Khalid for the single ‘Lovely’ in April in 2018. The single was later announced as part of the soundtrack for the second season of Netflix hit-series 13 Reasons Why.

Aged just 17 Billie released her debut album ‘When We All Fall Asleep, Where Do We Go?’ in March 2019, which landed straight at the no.1 position in the UK, breaking all records and making her the youngest female solo artist in UK chart history to top the Official Albums Chart. She also hit no.1 on the Billboard Artist 100 chart.

When We All Fall Asleep, Where Do We Go
Released: March 29, 2019
Label: Darkroom, Interscope

You Can’t Just Read Our Billie Eillish Interview, You Can Shop it Too
StylesponsoredDecember 1, 2022

In Gucci PJs With Her BF, Billie Eilish Had a Rihanna & Rocky Moment
StylesponsoredNovember 8, 2022