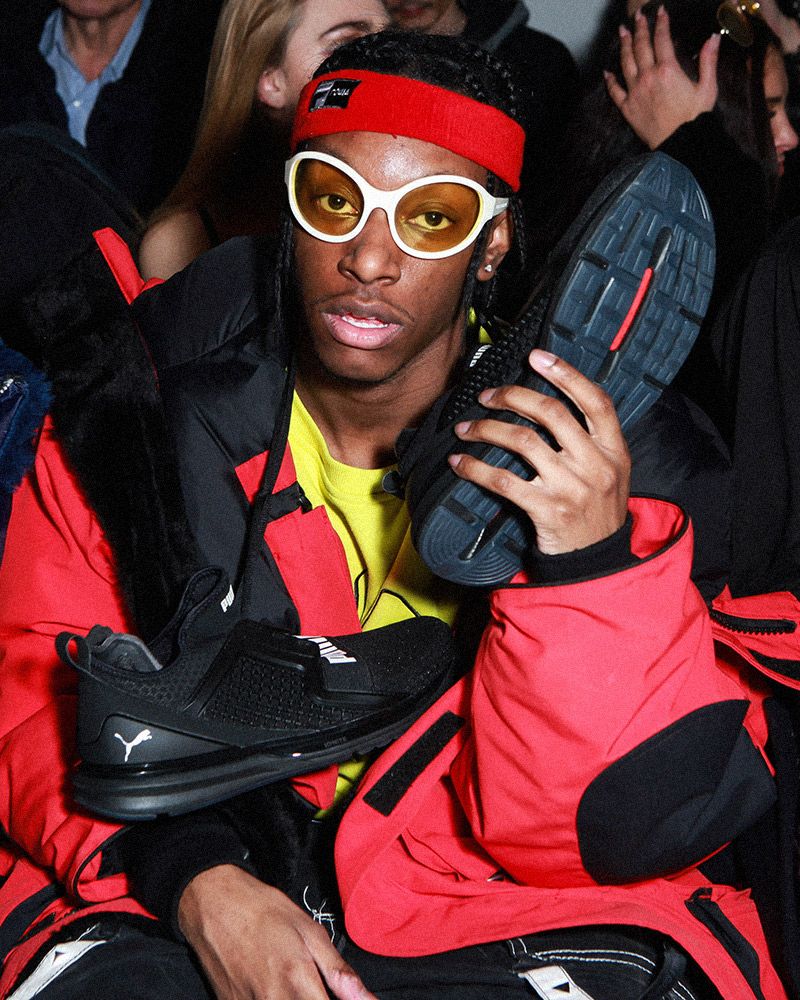 Bloody Osiris, the New York-based fashion maverick hailing from Harlem, is steadily carving out his own place in the industry. Gaining recognition for being ahead of the fashion curve, he’s earned his fashion stripes as an A-list stylist for celebrities including Travis Scott, but also by walking runway shows for renowned fashion houses, starring in Kanye West’s YEEZY Season 3 launch in 2016, and his close affiliation with Virgil Abloh. (Osiris styled the Men’s SS18 Off-White show in Paris, alongside modelling.)

A bona-fide Instagram influencer garnering a loyal following for his fashion forward looks and audacious combos, he recently caused a stir sporting Rick Owens’ outlandishly sized, bleached jean-overall (is it a tent, is it jeans?). Insta-frenzies aside, Osiris also states that social media is a way to ‘have a voice to talk to the kids about confidence’, and encourage them to ‘be great’.

Repping Air Jordans since childhood, it came as no surprise that he was featured in the Jordan Proto-Max 720 campaign in 2019.

The Kenzo FROW Was Almost As Entertaining As The Show
StylesponsoredJanuary 24, 2022

Get to Know the Next Generation of Streetwear’s Innovators
StylesponsoredSeptember 13, 2019