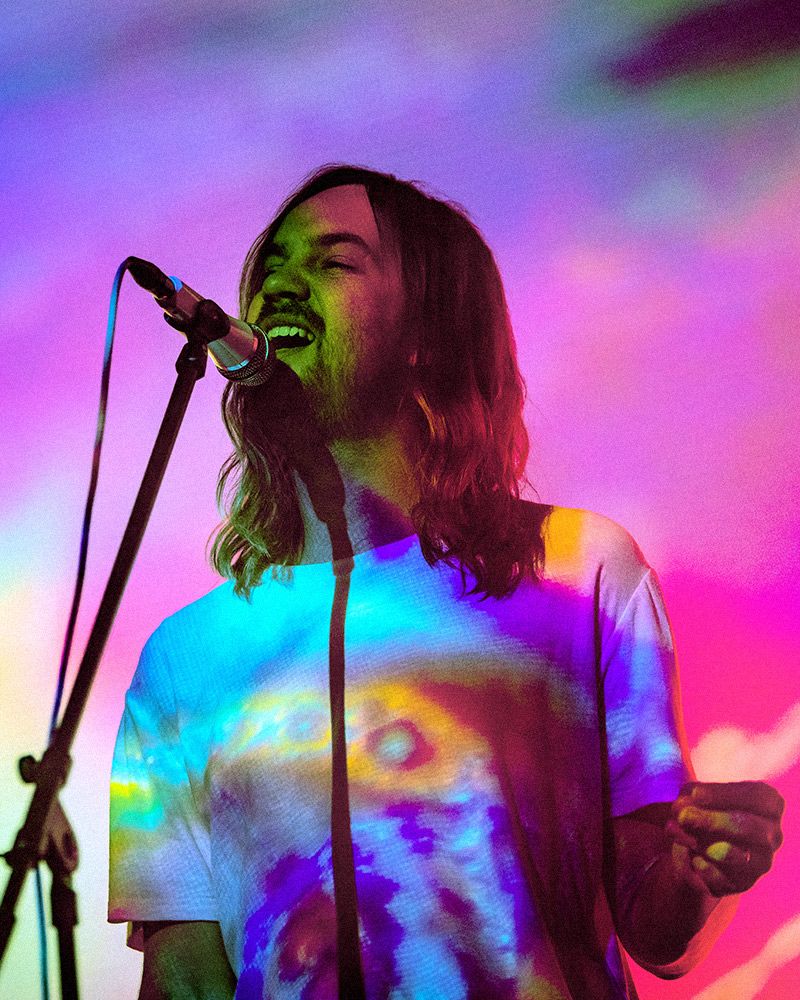 Kevin Parker is the musical genius-cum-one-man-band behind Tame Impala, writing, recording, singing and producing the music of one of Australia’s biggest musical exports that’s been courting the charts worldwide for a decade. The Tame Impala inimitable brand of psychedelic rock sprinkled with disco, pop and surf rock sensibilities – with cues from various musical eras – spawned the infectious bass riffs and off-kilter rhythms on songs, such as “The Less I Know The Better” and “Let It Happen,” from multi-award winning album Currents in 2015.

Kevin Parker was born in Sydney but grew up in Perth in Western Australia, something which has shaped his sonic vision, and he was involved in a string of other bands and musical projects on the Perth scene. He was the drummer in the band Mink Mussel Creek in the mid-2000, and he was also the drummer of Pond between 2009 – 2011, and co-produced and mixed their eight studio album Tasmania released in 2019. (This in addition to his work as Tame Impala and putting out three studio albums and two live albums to much international acclaim.)

In capacity of producer Parker has been a busy bee, collaborating with a string of high-profile and diverse artists. These include Lady Gaga on Perfect Illusion, Kanye West for his album Ye, as well as continuing his foray into the world of hip-hop music with a feature on Travis Scott’s Astroworld – one of the biggest rap albums of 2018 – alongside Pharrell, Weeknd and Mike Dean. Parker’s also teamed up with Mark Ronson and Theophilus London – the latter for the collaboration Theo Impala.

In March 2019 Parker put out the first Tame Impala music since Currents in the shape of the single “Patience,” followed by “Borderline” in April. This was coupled with an appearance on SNL and followed by a highly-anticipated Coachella performance.

Parker famously explained in an interview with the New York Times in May 2019 that he started out making music as a kid to feel better about himself, and that he needs to feel “kind of worthless again to want to make music.”

How to Listen to Tame Impala’s New Album Before It Drops
CulturesponsoredFebruary 11, 2020