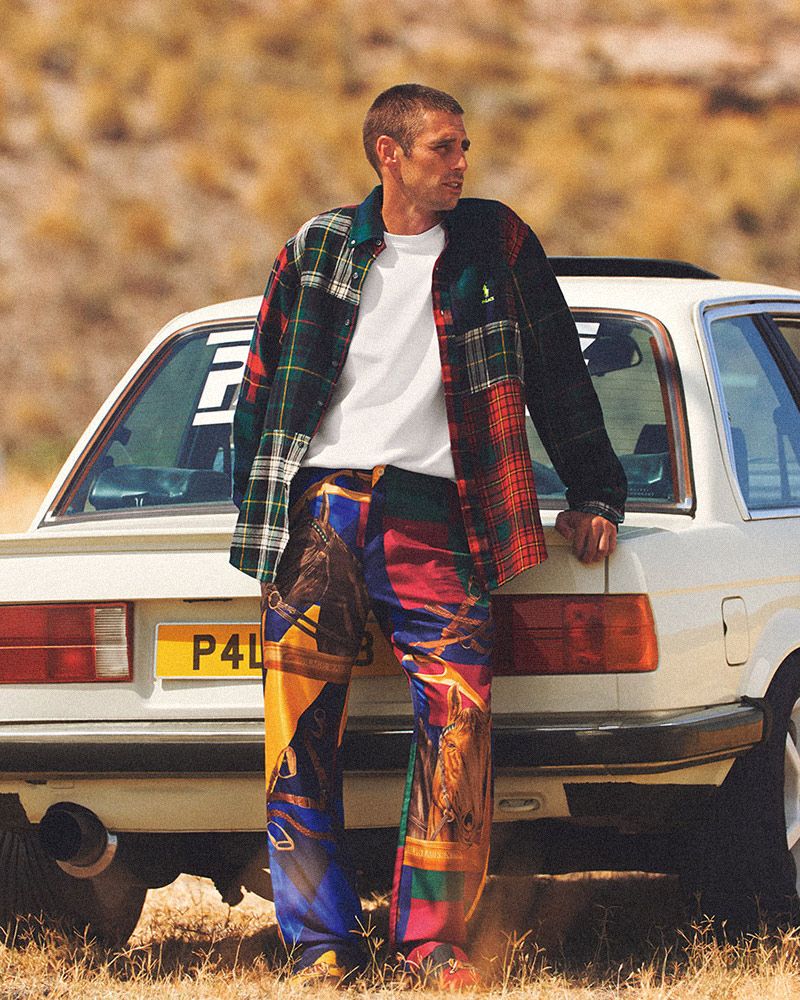 When was Palace started?

Originally a group of skaters from South London known informally as the Palace Wayward Boys Choir, Palace Skateboards is a British streetwear and skate brand founded by Lev Tanju in 2009. Starting out producing simple flips of famous fashion brands such as Versace’s medusa logo and Chanel’s interlocking C insignia, the brand gained notoriety in its first two years of existence thanks to associations with London institutions such as streetwear boutique The Hideout and iconic skate shop Slam City Skates (Slam City owner, Gareth Skewis, is also a joint owner of Palace with Tanju). Palace is arguably best known for its distinctive “Tri-Ferg” logo, originally designed by British designer and illustrator Fergus Purcell, aka “Fergadelic”.

The logo is a modified version of the Penrose Triangle featuring Palace branding on each of the triangle’s sides. The brand’s classic “Tri-Ferg” tees are amongst the most coveted products that Palace releases, selling out quickly every season.

Palace is heavily influenced by the early ‘00s club culture in the UK, which can be seen through the brand’s flamboyant colors, sovereign rings and premium leather footwear, as well as design references to classic Italian fashion labels such as Moschino, Versace and Iceberg.

The rave scene of the early ‘90s is another prominent reference point, seen through the brand’s use of psychedelic patterns and graphics featuring ephemera such as Mitsubishi ecstasy pills and bongs. Beyond the brand’s clothing, Palace also produces skate videos, and has become known for the distinctive lo-fi aesthetic of its videos. Inspired by the raw, grainy quality of old ‘90s skate videos, Tanju made the decision to film using an old VHS camera, adding a classic, nostalgic vibe to Palace’s footage that has proven popular with fans of the brand.

Since 2012, Palace has collaborated with a number of prominent brands, but has worked hard to maintain any collaborative product’s connection to British street style and culture. Collaborating with brands such as Reebok, Umbro and adidas – important labels for British football and working-class teens – Palace has produced football jerseys, sneakers, tracksuits and other sportswear pieces. Palace has collaborated with adidas Originals regularly since 2014, producing Tri-Ferg branded editions of classic 3-stripes sportswear pieces, as well as their own signature footwear model – the Palace Pro.

Where is Palace skateboards from?

An former skater, Lev Tanju started Palace back in 2009.

Is Palace owned by Adidas?

No. But, Palace has gone on to collaborate with adidas on multiple occasions.

Why is Palace so popular?

The British skateboarding brand, Palace, is born. A former skater, Lev Tanju starts the label with his friends.

Originally selling from independent retailers across the UK, in 2015 Palace opened its first flagship store on Brewer Street in London’s Soho district. Located just around the corner from Supreme’s flagship on Peter Street, the Palace store has become notorious for the same long lines and instant sell-out releases that Supreme is known for.

Palace continues to build on its hype across the world. The skateboarding brand expands into the U.S. opening its first American flagship store on Howard St. in New York, again located not far from Supreme’s original Lafayette St. store.

From Rubik’s Cubes to a Sperry Collab, Palace Summer ‘22 Has It All
CulturesponsoredMay 3, 2022

Here’s Everything You Ever Wanted to Know About Palace Skateboards
StylesponsoredMay 29, 2017

From Rubik’s Cubes to a Sperry Collab, Palace Summer ‘22 Has It All
CulturesponsoredMay 3, 2022