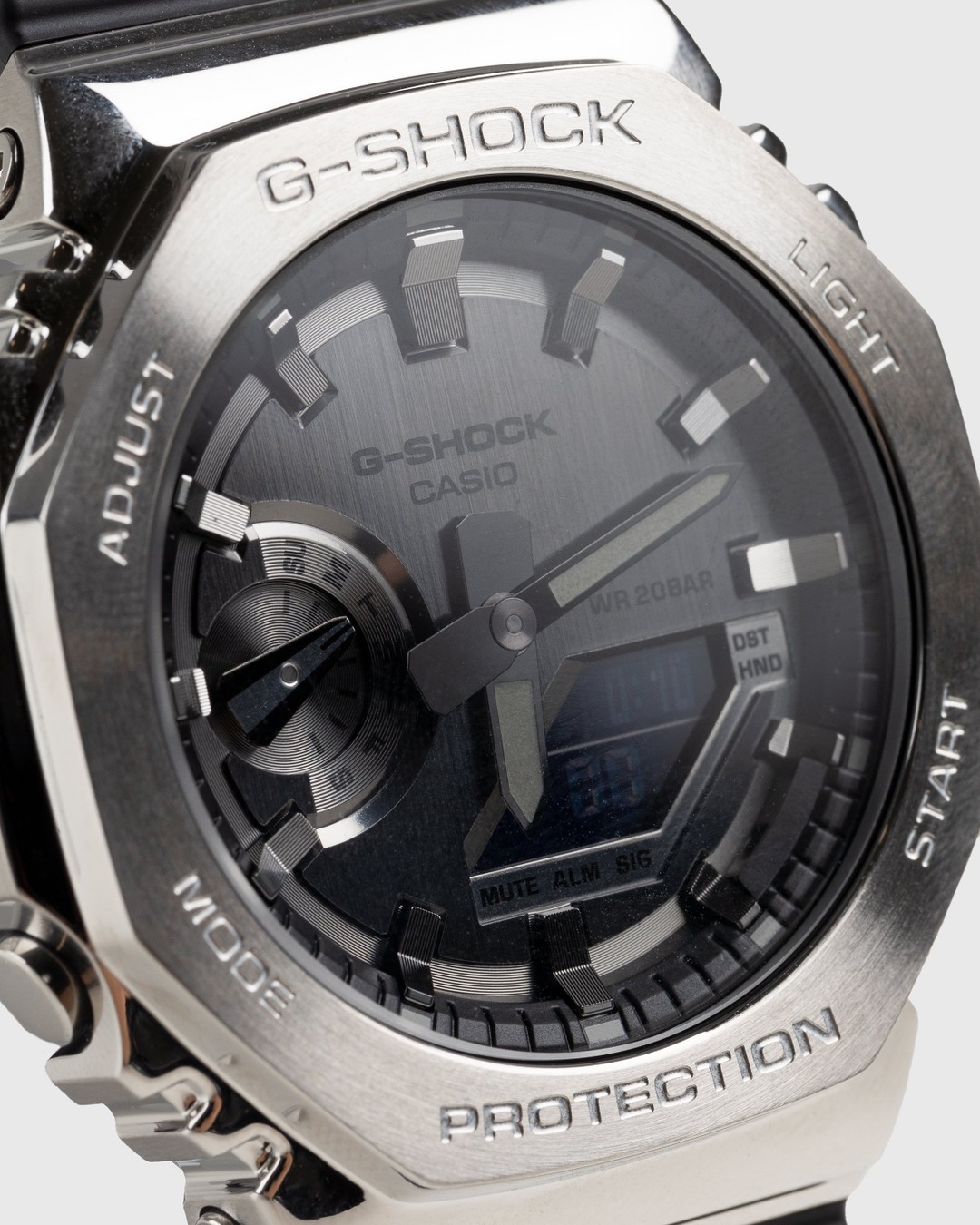 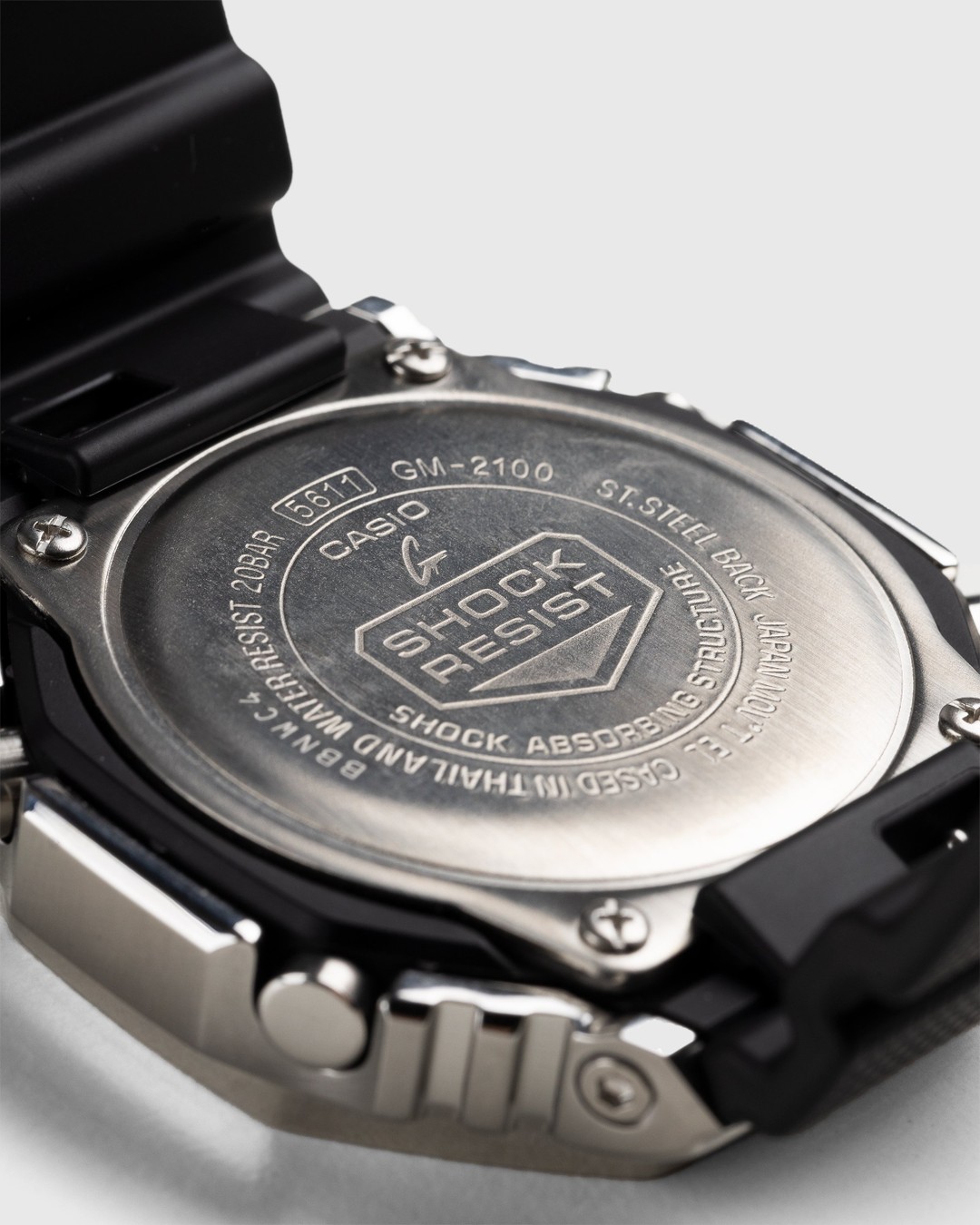 The GM-2100 inherited the octagon form from the original DW-5000C. Its case and bracelet are crafted from a high-strength resin material that is reinforced with carbon fiber, yet the case remains the thinnest among G-SHock combination models, measuring a mere 11.8 mm (.5 in) thick. Also known for its technical specifications, G-Shock has outfitted the GM-2100 with a background illuminator and neo-display for visibility in low-light situations, timer and stop function for athletes, multifunctional alarm, world time function with up to 31 different time zones, and automatic calendar, among other features. G-Shock was born out of a need for a timepiece that wouldn’t break even when dropped. After engaging in a rigorous trial and error process, the brand’s development team ultimately came up with an innovative design concept that saw the heart of a watch being surrounded by a hollow structure that is the case. Decades later, G-Shock watches are still widely recognized for their shock resistance, having been — and still being — worn by everyone from actors and musicians to athletes, Navy SEALs, and medical professionals.

Carbon-reinforced resin case makes it unsusceptible to cold, heat, and other external influences. Resin bracelet for extreme durability and flexibility. Pin buckle for bracelet. Hard, scratch-resistant mineral glass for superior protection. Background illuminator for visibility in low-light situations. World time function shows up to 31 different time zones. Stop function tells elapsed time, split time, and end time up to 24 hours. Countdown timer can be set every second and up to 24 hours in advance. Multifunctional alarm includes daily alarm, date alarm, monthly alarm, and every day of a specific month. Automatic calendar with date, month, and day of the week. Time display can be set to 12 or 24-hour format. Hand moving function with pointers revealing digital displays. Key tones can be switched on and off. Battery powers the watch for roughly three years. Shockproof. Water-resistant up to 20 bar.