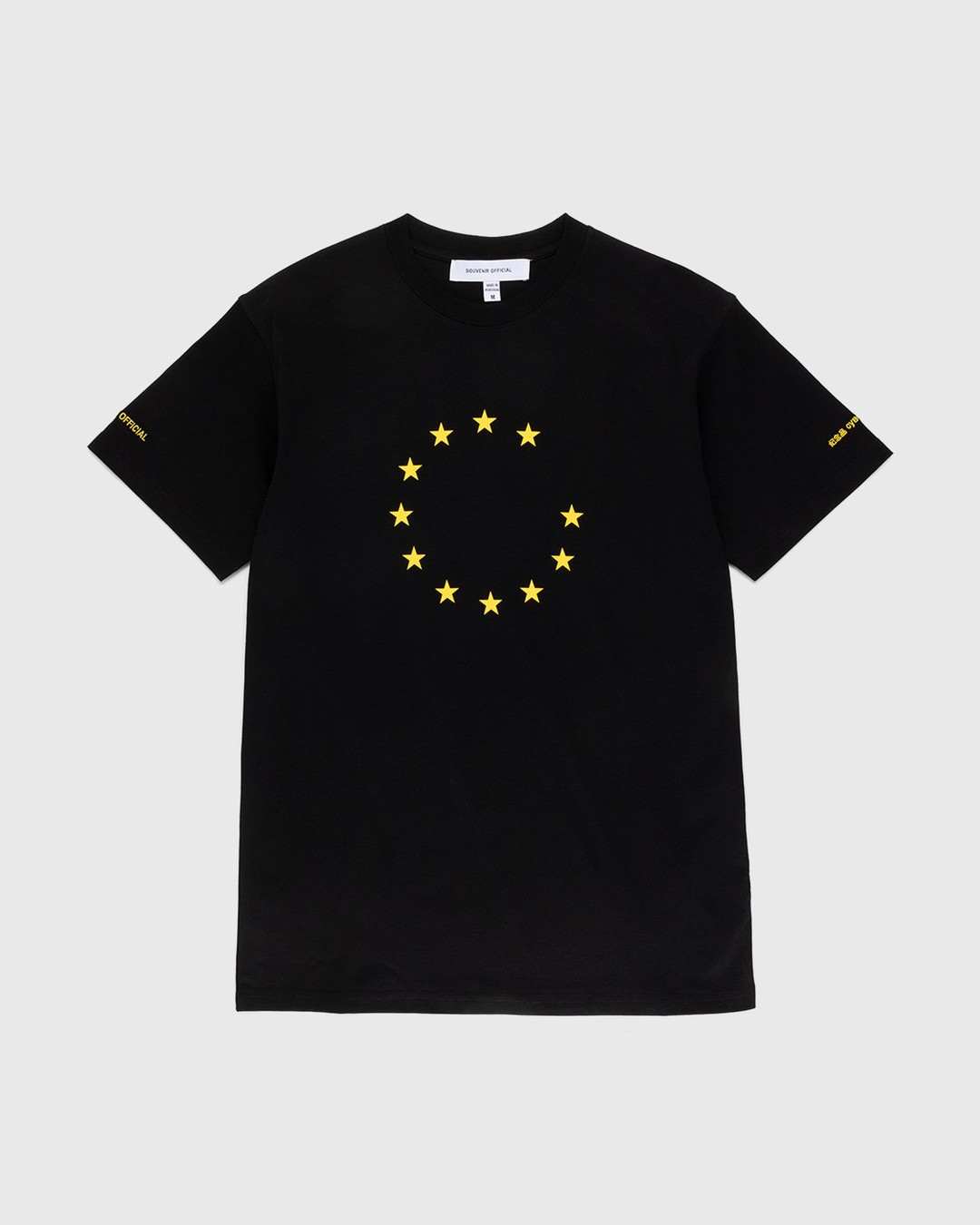 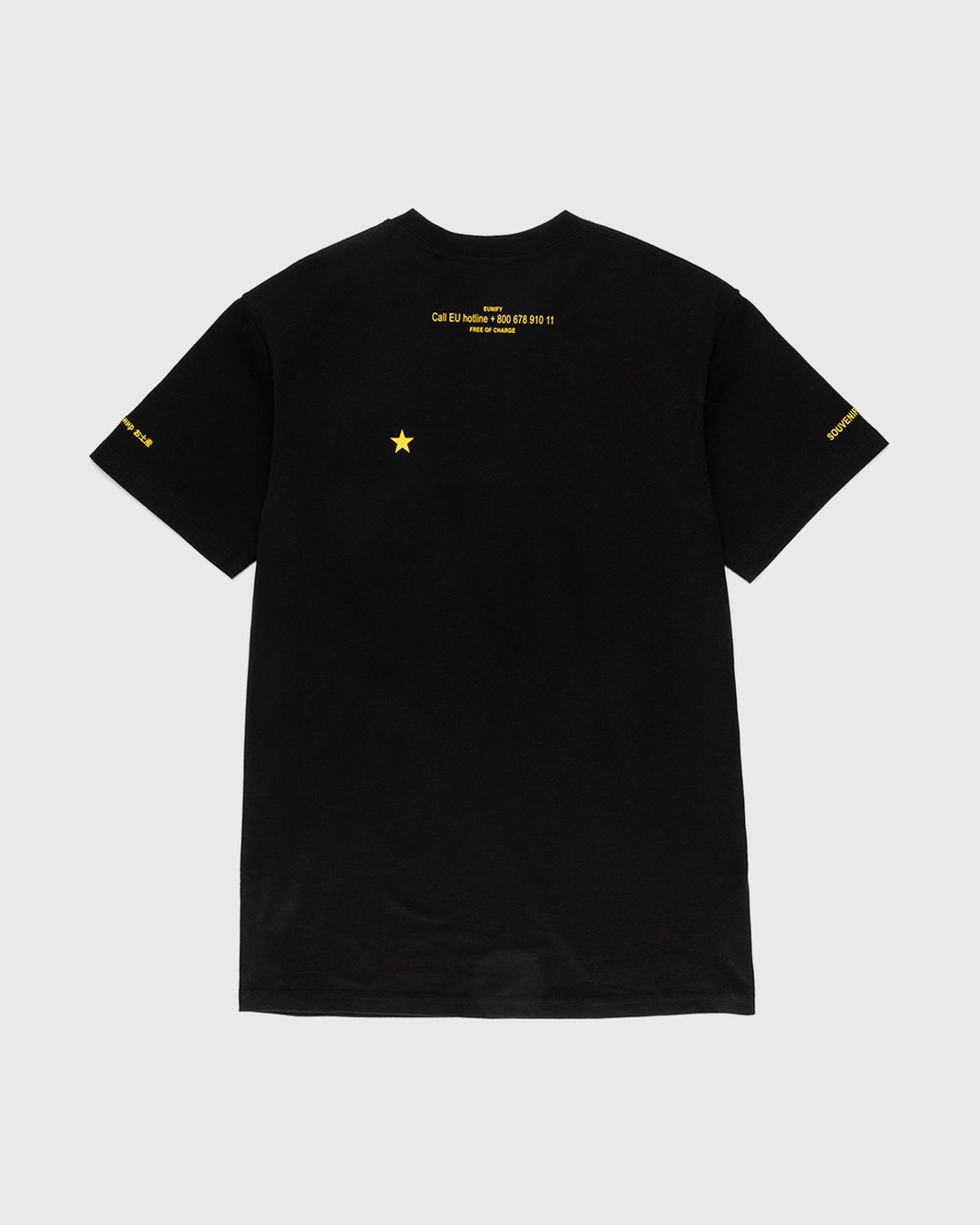 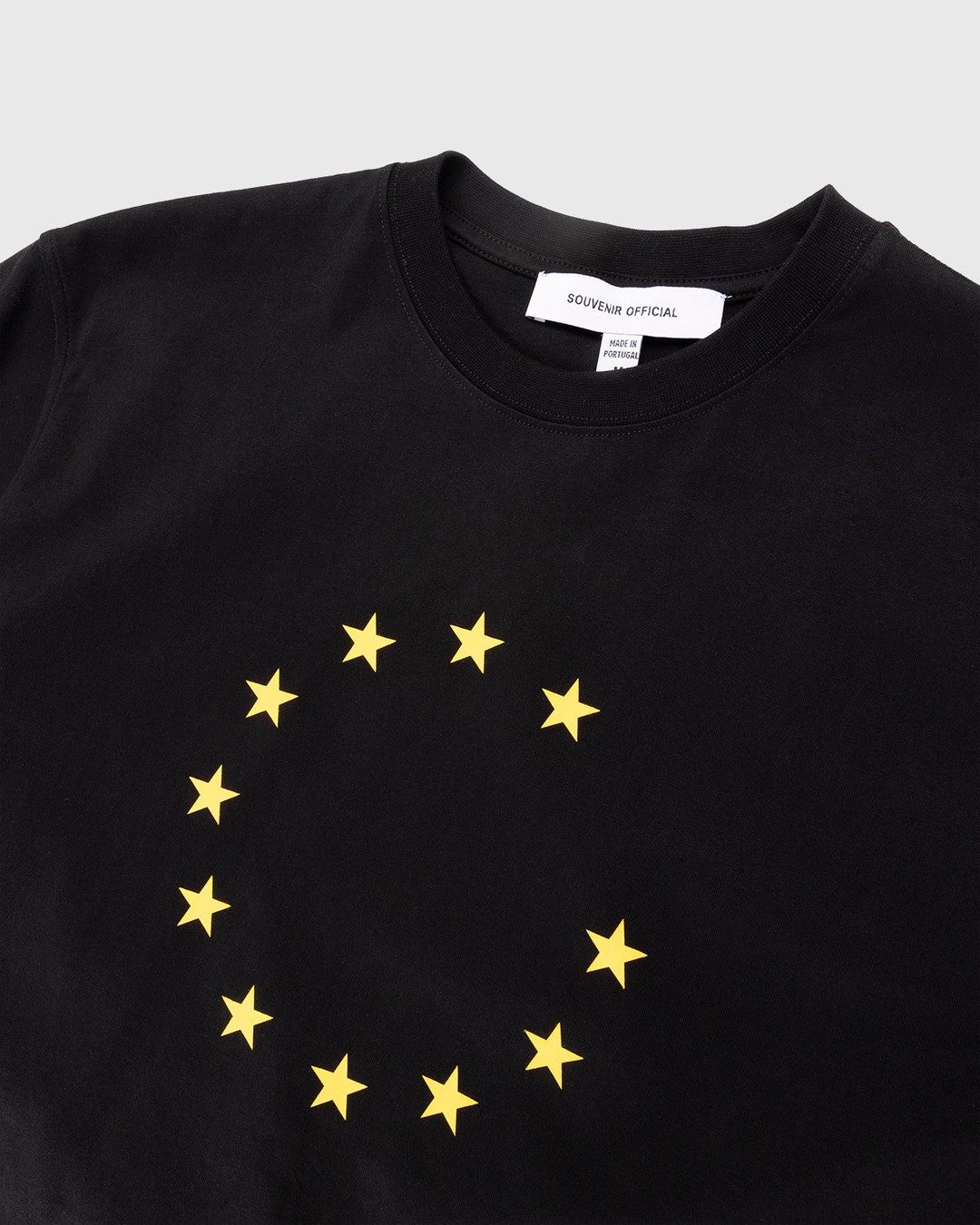 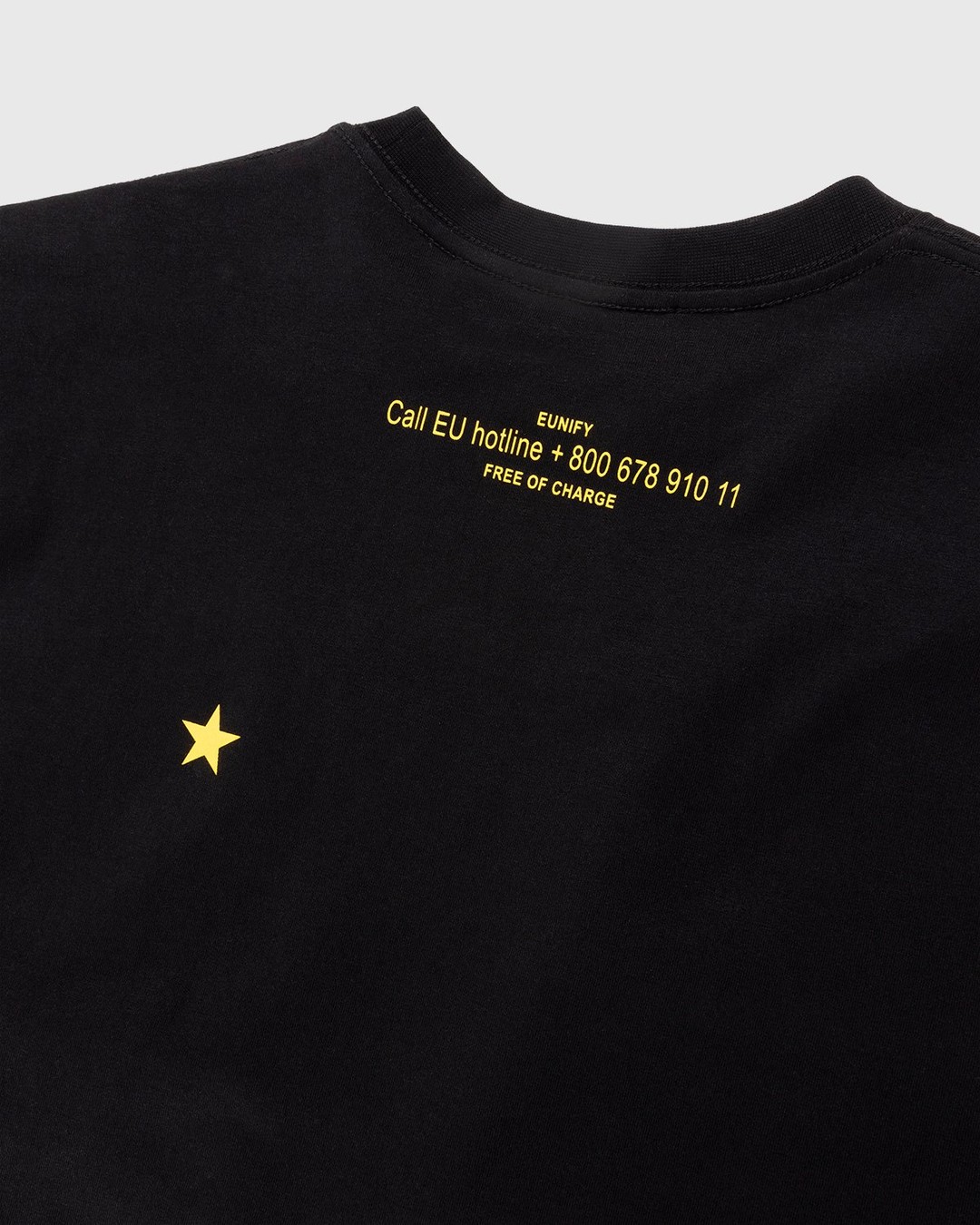 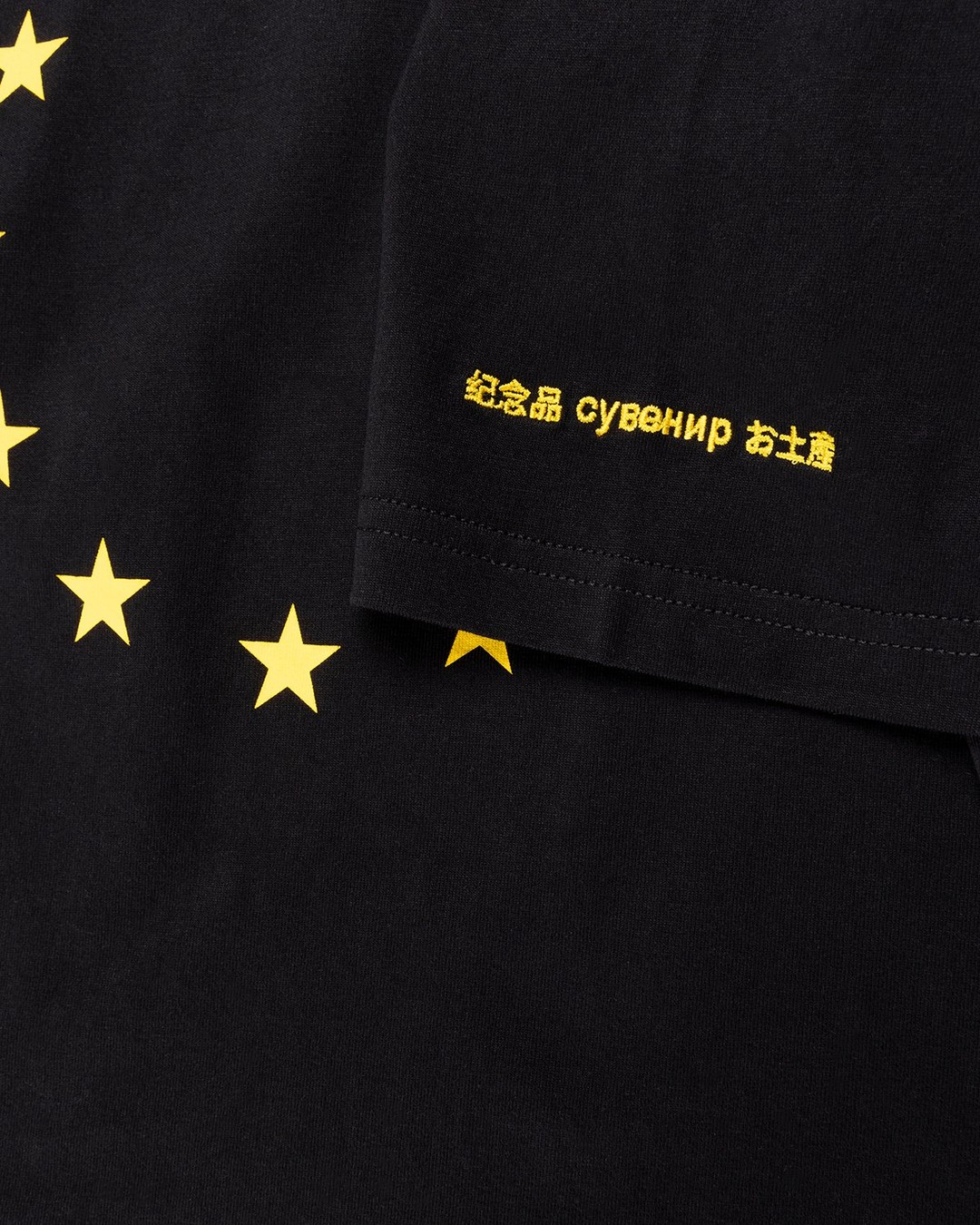 With its Eunify initiative, Souvenir Official has taken the blue and yellow flag of the European Union — an emblem of peace and unity — and turned it into a wearable conversation piece. This opinion-wear, as art director David Mallon calls it, allows the label to express its own views and subsequently convey powerful social messaging to fans. The pro-E.U. t-shirt is a symbol of freedom and acceptance, as a single star from the European Union flag has been removed and placed on the back of the cotton shirt alongside the E.U. hotline number in hopes of starting a dialogue.

Boxy fit that is true to size. Order one size up for an oversized fit.