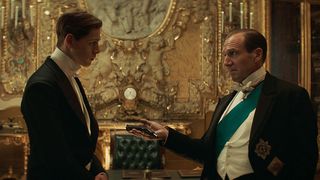 Explore the origins of the Kingsman in the latest trailer for The King’s Man. Serving as a prequel, the latest installment takes place decades before Eggsy puts on the suit.

However, this films takes on a similar story arc as the first with a mentor/apprentice relationship. As a collection of history’s worst tyrants and criminal masterminds gather to plot a war to wipe out millions, one man must race against time to stop them. As he forms his crew, we discover the origins of the very first independent intelligence agency.

The King’s Man is set to be released Feb. 14. Watch the trailer above.

‘Kingsman’ Prequel Details the Origins of the Intelligence Agency
MoviessponsoredJuly 15, 2019