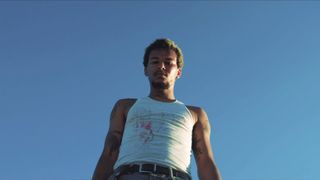 Earlier this year, Na-kel Smith surprised everyone with his debut album, Twothousand Nakteen. Today, the Mid90s star returns with a LONEWOLF-directed visual for “Baggage.” Even though the track is about securing the bag, the video seems to be an extended metaphor for killing the baggage that Smith carries inside himself. Of course, it’s all open to interpretation, but that’s what I personally gathered from watching it.

There’s no telling what else Smith has in store, but start paying attention now because he’s about to be on a roll. Watch the full video above and while you’re here, revisit our short documentary on LONEWOLF to learn more about his career as a DIY videographer.

How to Wear the Nike x Ben & Jerrys “Chunky Dunky”
SneakerssponsoredMay 23, 2020
We Recommend

Spend a Day in the Life of Na-Kel Smith in Our New Documentary
MusicsponsoredOctober 16, 2019

Here’s What Went Down at Highsnobiety’s Bonkers Magazine Launch Party in LA
EventssponsoredOctober 10, 2019