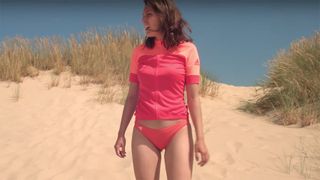 3 Steps was captured in July of this year in three contrasting locations in Scandinavia: the mountains of Gaustatoppen, Norway; the sand dunes of Skagen, Denmark; and the green fields located outside Oslo, Norway. The film hones in on Generation Z in Scandinavia, often thought of as obedient and conforming. In reality, however, there are many who are longing for both meaning and individuality.

The three-step process highlighted in adidas’ new short film revolves around losing yourself and finding yourself, leading the charge for social change and innovation, and the formation of a greater society. Press play above to watch 3 Steps, which arrives alongside this month’s Ozweego release.

For more about adidas, watch below.