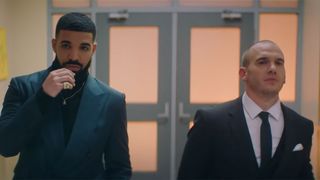 The video was directed by Karena Evans, who also helmed the visuals for Drake’s “Nice for What” and “God’s Plan”. The Toronto rapper also revealed the release date for his upcoming album. According to his recent Instagram post, Scorpion is set to arrive June 29. Drake is set to join Migos on a massive North American ‘Aubrey and the Three Amigos’ Tour starting July 26.

Revisit “Nice for What” below.