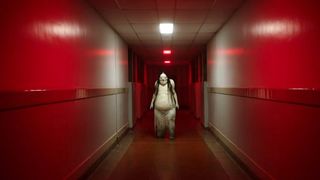 After dropping a number of teasers over Super Bowl weekend, the first full trailer for Guillermo del Toro and André Øvredal’s Scary Stories to Tell in the Dark has finally arrived.

Judging by the trailer, the film promises to be both super creepy and really gross. The clip delivers a closer look at the four separate shorts that make up the film: “The Pale Lady,” “Jangle Man,” “Red Spot,” and “Big Toe.”

Adapted from Alvin Schwartz’s iconic anthology series of the same name, the movie takes place in the US in 1968 follows a group of teenagers who become haunted by a girl and her tales of torture and terror. Watch above.

Scary Stories to Tell in the Dark, directed by Øvredal and produced and developed by del Toro, hits theaters on August 9.

Face Your Childhood Fears With the Full-Length ‘Are You Afraid of the Dark?’ Trailer
MoviessponsoredSeptember 14, 2019