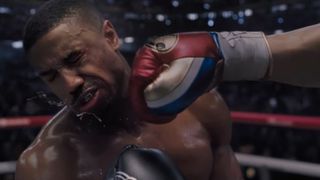 Pitted against the Russian’s son, Viktor, Rocky Balboa is once again at Adonis’ side and warns him, “You got everything to lose, this guy got nothing to lose. This guy is dangerous.”

Director Steven Caple Jr. steps into the director’s chair for Ryan Coogler who helped the original film take in over $170 million at the global box office, while the principal cast – including Michael B. Jordan, Sylvester Stallone, and Tessa Thompson – all return.

For more entertainment news, read about Zayn Malik’s involvement with the third season of ‘Atlanta.’

Valentine's Day 2020
The Best Fragrances to Buy and Wear This Valentine’s Day
SelectssponsoredJanuary 28, 2020