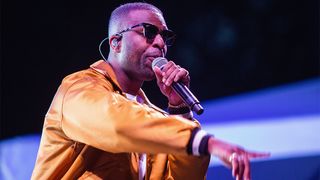 The first chapter, “Oct. ’15 – Sept. ’16.” kicks off this monthly series of videos, and the eight-minute clip above explores dvsn’s beginnings, while following them on tour and their progress in making new music.

The new docuseries aims to open up about their world, and inner circle like never before. “We all grew up kind of figuring out whether or not anybody from the city would ever be able to sort of get on or get in the game,” producer and OVO Sound co-founder Noah ’40’ Shebib says. “After me and Drake kind of, like, kicked down that door, we felt an obligation to continue to bring more people through it.”

Before Shebib had a chance to explain dvsn to Drake, Daley and Nineteen85 of dvsn had already finished their first album together. “[Drake] was already like, calling me, ‘Oh man have heard these guys dvsn?'” 40 explains. The duo eventually signed to OVO in 2016 and released their debut project on the label with Morning After last year.

Enjoy chapter one above, and look out for chapter two in the near future.

For more on dvsn, read our exclusive interview with the duo as they open up about fan tattoos, OVO, and Toronto’s new R&B sound. Also, last month, dvsn shared a cinematic video for “Morning After.”

Future Reunites With dvsn on New Single “No Cryin”
MusicsponsoredOctober 30, 2019