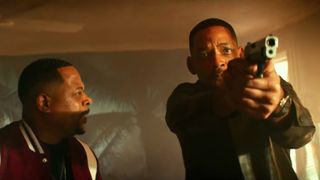 Sixteen years since their wild adventures of Bad Boys II, Will Smith and Martin Lawrence are finally back together again. The first trailer for the long-awaited third installment of their action-packed buddy cop franchise Bad Boys for Life has dropped bringing the same level of energy, laughs, and action from before.

Still busting bad guys in Miami while exchanging hilarious banter back and forth, the relationship between playboy Mike Lowrey (Smith) and family man Marcus Burnett (Lawrence) have not changed in this trailer. Although, while Mike is still loving the thrill of the action, Marcus is ready to hang up his gun and badge for good.

But, before he can officially bow out, there’s “one last job” they have to do together. A mysterious revenge-seeking bad guy is hunting them, which leads to many wild action-packed scenarios, including them driving a motorcycle with a machine turret in the passenger seat.

The only returning star from previous films, as seen in the trailer, is Captain Howard (played by Joe Pantoliano). However, there a few fresh faces to the franchise making appearances including Vanessa Hudgens, Alexander Ludwig, and Charles Melton.

‘Bad Boys for Life’ Scored a Record $68M in Its Opening Weekend
MoviessponsoredJanuary 20, 2020