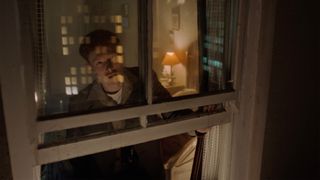 Archy Marshall, a.k.a. King Krule, has been relatively off the grid since the 2017 release of his sophomore album The OOZ. Today, he returns to the surface with a cc. Wade-directed short film for “Biscuit Town.” In the murky visual, a faded Marshall stumbles around the rooms of an abandoned apartment complex and eventually makes his way to the dim-lit streets (inside his mind) before passing out on the bedroom floor.

In addition to teaming up with Michael and Paraic Morrissey, this video is part of a three piece collaboration with WeTransfer. The platform will be hosting a variety of in-depth pieces that delve further into King Krule’s creative process. Get a full breakdown of how the concept for the “Biscuit Town” visual came together in this exclusive interview with Marshall and the Morrissey brothers.

In other news, Doja Cat will be releasing updated versions of “Mooo!” on Spotify and iTunes. Get all the details right here.