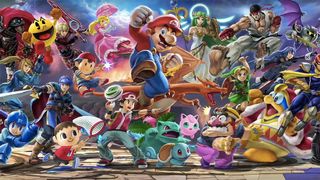 Universal Studios is already constructing an immersive Nintendo theme park in Japan, with plans to open in Orlando and Hollywood as well by 2020.

In a new podcast by The Motley Fool, which is a multimedia financial services company that provides financial advice for investors, the crew discuss more details regarding Nintendo’s theme park plans, as the parks are suggested to be similar to the Star Wars expansion that Disney is currently developing. In addition, a few rides have been teased, including a Mario Kart race, however, plans still remain vague.

Furthermore, with the popularity of esports tournaments continuing to rise, Nintendo has already tested the platform with its Splatoon 2 World Championship and with the highly-anticipated Super Smash Bros. Ultimate releasing in December, the company is suggested to utilize that title to further solidify its presence in esports tournaments. For more, enjoy the clip above.

In related news, Nintendo hints at a playable Game Boy case for smartphone in a new patent.

There’s Now a Lottery for This North Face x Spiber Parka Made of Fermented Proteins
StylesponsoredAugust 29, 2019