Out of the dozen secondary fashion capitals around the world — those outside of New York, London, Milan, and Paris — Seoul is among the youngest when it comes to both its fashion week as well as the average age of the city’s fashion crowd.

Predominantly driven by influential K-Pop groups like BTS, EXO and Big Bang who wear western luxury brands like Balenciaga, Vetements and Gucci in their video clips, concerts and on the street, young shoppers are getting familiarized with western luxury and streetwear labels currently relevant in international cultural zeitgeist.

Add in a culture that isn’t shy of taking sartorial risks and you’ve got foreign editors, stylists and buyers paying attention to a market that has been long overlooked.

Now a small flock of younger labels with a focus on the international market, too, are finding popularity among Korean youth. Early adopters confident enough to sport native brands are certainly helping the brands building credibility in the space.

Having graduated in both men’s and womenswear from the French private school of fashion ESMOD in 2013, designer Lee Kyo Ho founded menswear label MOHO in 2017. The name MOHO comes from a Korean adjective “moho-hada,” which means ambiguous. Leaving that room for free interpretation is how Ho wishes people to perceive his brand.

MOHO can easily be mistaken for too heavily referencing the design aesthetics of Rick Owens, Comme des Garcons and Ann Demeulemeester. Yes, the label’s dark and sculptural approach to form certainly place him in the same bracket as these designers, but Ho brings a more personal and perverse touch to MOHO, differentiating it from the label’s western contemporaries. Themes explored in past seasons include animality and his two-year obligatory military training.

Stretching the principles of function and form, and fabric manipulation are key to the brand as seen through its latest Fall/Winter 2019 collection that transformed plaster embossed faux leather into fake alligator skin jackets and ‘Hellraiser’ like cable tie fabrics into bombers resembling the hides of porcupines. It would serve the brand well to take his brand to London or Paris, it might be critical for the brand in order to reach its full potential. 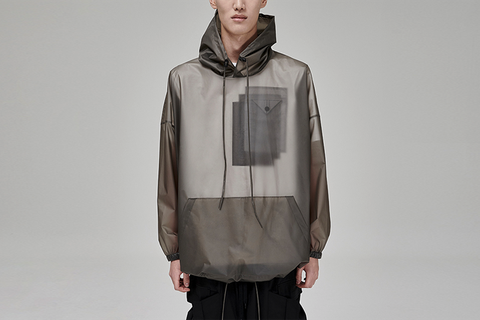 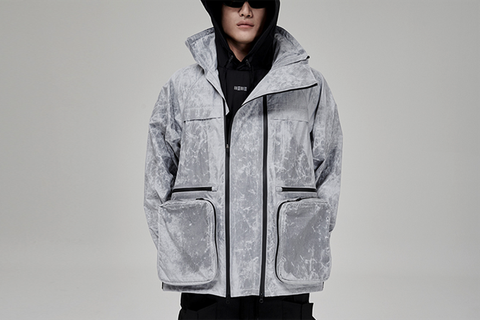 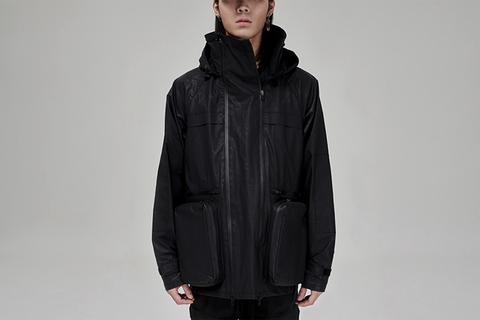 Kanghyuk Choi and Sanglak Shon are both Korean but the two met while studying in London. Choi was completing a BA degree in bespoke tailoring at London College of Fashion while Shon was enrolled at the Royal College of Arts. Upon graduating from their MA degrees the duo founded KANGHYUK in June 2016.

Fast forward to February 2019 and the brand is named a semi-finalist for this year’s LVMH Prize. Meanwhile, KANGHYUK’s designs have featured in A$AP Rocky’s video for his 2018 song ‘Tony Tone” from his third studio album, Testing, where the rapper is seen performing in a strip club wearing a white anorak and trousers made from the brand’s signature airbag fabric.

The material, sourced from unused airbags around the world which are then extracted from their oxygen metal chambers followed by the unpicking of the fabric by hand and then crafted together through a computerized process, was enough of a narrative to make influential retailers like Dover Street Market, H. Lorenzo, and Machine-A to stock the brand. A number of garments require up to 15 airbags being constructed together.

Choi says he’s drawn to mass-produced artificial materials. It’s only then that they’re in their purest form. A focus on function, re-construction, and protection, in the literal sense, are equally important to the brand that will make it big this year. 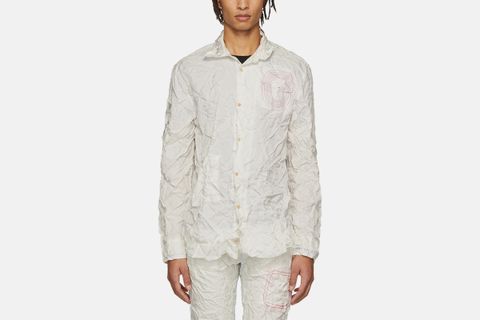 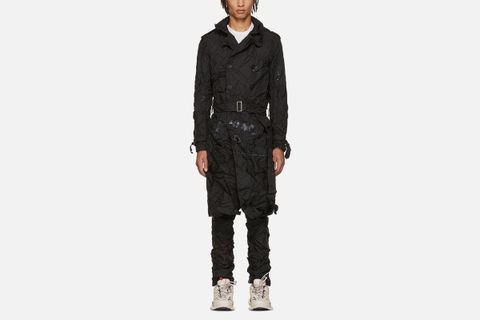 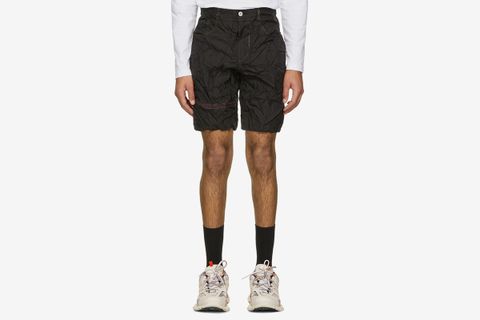 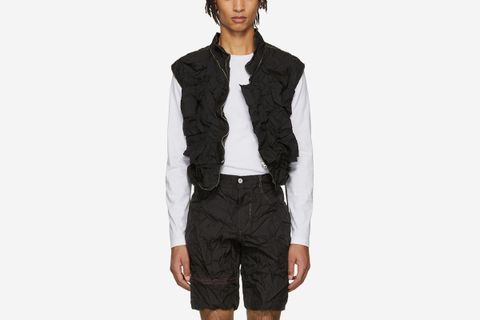 Genderless dressing is increasingly becoming the norm in fashion with brands dismissing any notion of categorization between the sexes. However, it hasn’t yet caught on with the general public as crossing these deeply ingrained rules of gender isn’t a small feat.

But when it does, Taeyang Jung, Sihyun Mo, and Sungcheol Jeong will be ready to introduce their menswear label Window 00 to the world in the form of knitted crop tops, crystal-embellished ankle boots, and lace skirt-trouser hybrids.

The Korean trio met whilst studying their BA in menswear at London’s Central Saint Martin. Window 00 — born of the trio’s desire to give their label a meaningless name — was formed in 2017 taking western influences and connecting them with their Korean roots as seen with their cropped trousers and oversized blazers, both fashion staples in their home country.

We11done (pronounced “welldone”) is the in-house label of upscale concept store Rare Market, both founded by Dami Kwon and Jessica Jung in 2015. Jung, who is the older sister of K-pop icon G-Dragon.

The boutique located in Gangnam was initially opened as a way to bring niche international designers like Marine Serre, Ludovic de Saint Sernin and GmbH to far-flung Asia. Later it became the prime spot to buy We11done.

The brand doesn’t show during Seoul Fashion Week and instead showcases its unisex leather oversized blazers, jersey logoed hoodies, and plaid flannels via retailers like Net-a-Porter, Selfridges and Browns.

Private labels have many advantages, from higher margins to filling in the gaps in a store’s offering and having the ability to directly cater to the needs of consumers based on consumer data. It’s what’s putting We11done up for success and giving it a strong position compared to its peers. 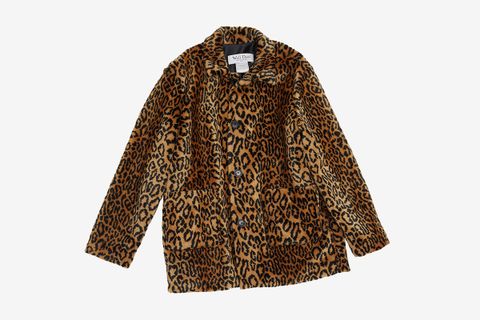 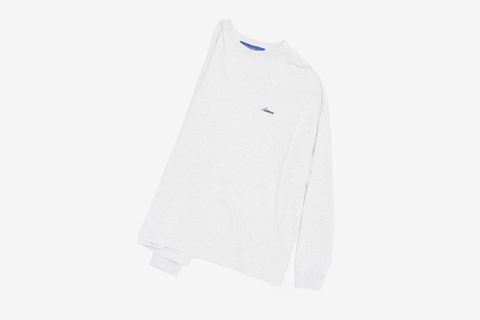 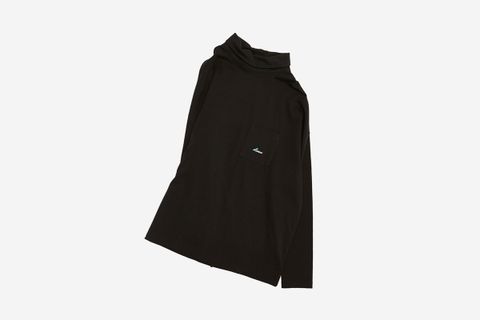 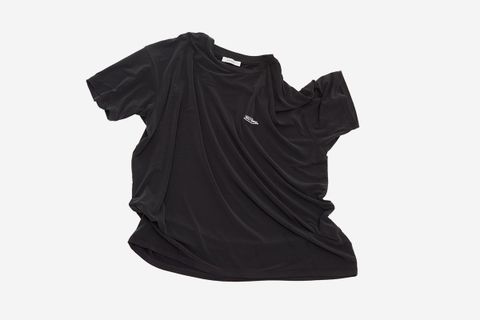 Demand for long length “caterpillar” puffer jackets is booming in Korea. And the trend, which is mainly driven by K-pop stars who wear the coats, is so popular that it’s become a social signifier to what group one belongs as well as a marker of class divide in the country. In part, older generations are attracted to wearing puffers as a means of finding comfort in conformity in the country’s culturally homogeneous society.

VIBRATE, originally founded as a hat brand by Kim Yong Pyo in 2015, has smartly capitalized on the momentum by putting puffers at the core of its collections. Theirs come in military, metallic and utilitarian versions with multiple pockets, some are deconstructed while others are more experimental with the lining of the pockets.

Competitively priced, the brand is smart in catering to that large Korean consumer group that’s not able to afford high-end fashion and resonates more with the affordable streetwear movement influenced by K-entertainment. It’s setting them up for success. 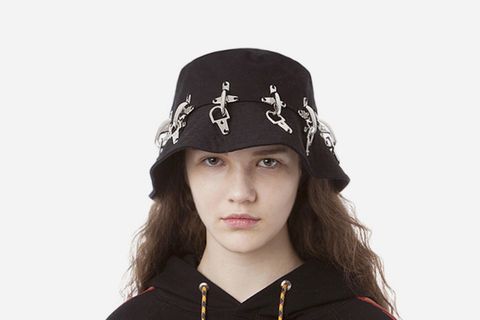 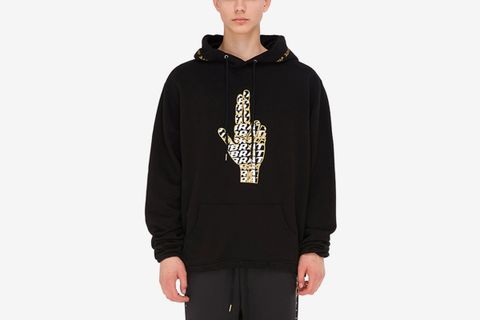 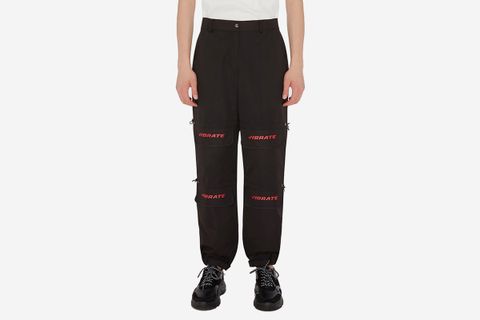 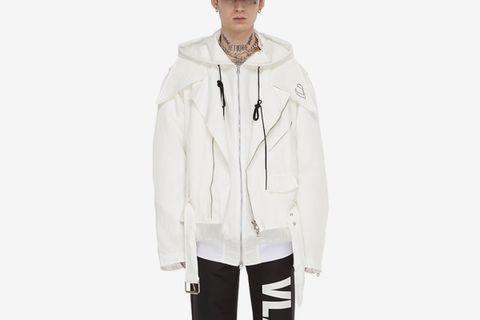 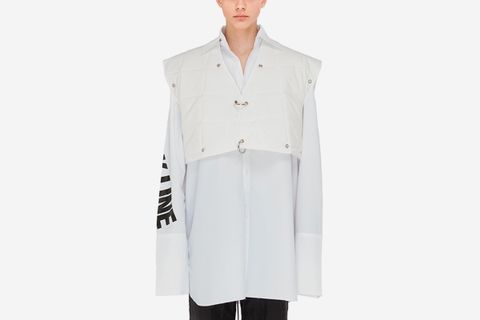 20 of Our Favorite Sneakers Spotted in the Streets of Seoul Fashion Week
SneakerssponsoredOctober 22, 2019