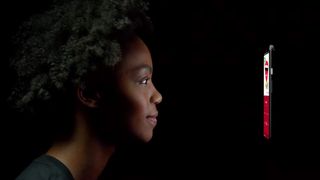 Google continues to stay ahead of the all the leaks and rumors spilling out about their upcoming Pixel 4 flagship smartphone. After revealing the first look at the model, the tech company just dropped a short video and blog post teasing new features including Motion Sense gestures and face unlock.

For Motion Sense, the Pixel 4 will feature Soli, a motion-sensing radar chip to help recognize gestures and detect when a user is nearby. The next generation Pixel will be the first device with Soli, and will include gestures allowing you to to skip songs, snooze alarms, and silence phone calls, just by waving your hand.

With face unlocking capabilities, Google states, “unlocking your phone should be easy, fast, and secure. Your device should be able to recognize you—and only you—without any fuss.” They go on to take a subtle jab at Apple’s iPhone face unlock feature, which requires users to lift the phone up to unlock. The Pixel 4 is stated to have a “more streamlined way.”

As you reach for Pixel 4, Soli proactively turns on the face unlock sensors, recognizing that you may want to unlock your phone. If the face unlock sensors and algorithms recognize you, the phone will open as you pick it up, all in one motion. Better yet, face unlock works in almost any orientation—even if you’re holding it upside down—and you can use it for secure payments and app authentication too.

Google seems to be pulling out all the stops for their 2019 flagship phone. Rumored to be releasing this October, Google looks to rival the iPhone Xs series and Samsung‘s Galaxy models. Are you excited for the Pixel 4?