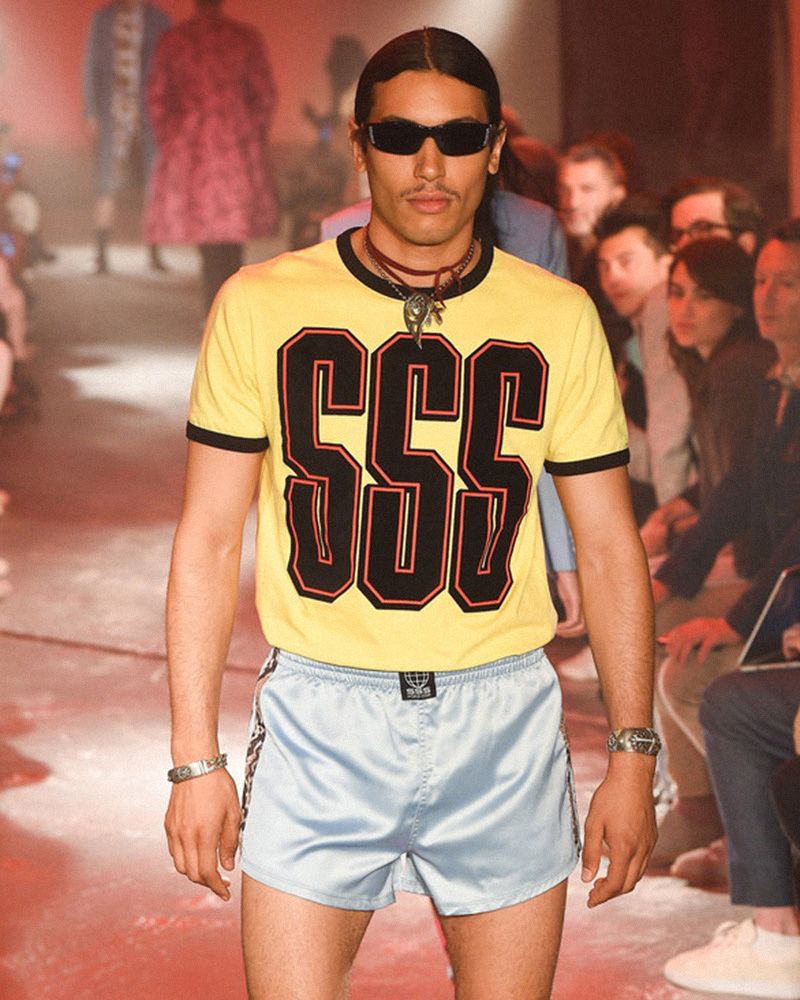 SSS World Corp is the brainchild of former womenswear buyer and street style icon Justin O’Shea, who had previously spent a bit of time at Brioni, trying to bring his heavy metal attitude to the luxury tailoring brand. Backed by Berlin-based culture magazine and line 032c, O’Shea’s SSS World Corp is inspired by pimps, gangsters, metal—everything he tried to impart upon Brioni, but was unable to do. Seeking to bring some formality to streetwear through his price-friendly and expertly-cut “Rampage suits,” O’Shea’s clothing for for those who don’t particularly care about following traditional sartorial rules, but want well-fitting and ostentatious clothes to go about their business in. All of his clothing is priced ranging from $200 to $1,000, making it affordable for streetwear enthusiasts used to paying such prices for high-quality products—however unusually low the prices may be for a designer name. On this front, O’Shea’s hit the mark with SSS World Corp.

What does “SSS World Corp” mean?

The “World Corp” part is self-explanatory, with the brand offering itself to an international market. The “SSS” doesn’t actually stand for anything though. It’s a reference to the Chevrolet Super Sport muscle car or the “SS” with the extra “S” in SSS World Corp added for extra emphasis.

Go Bold With These Print Sweatshirts & Hoodies at Luisaviaroma
SelectssponsoredSeptember 23, 2019

You Might Not Realize It, But Rock Icons Motörhead Are Fashion’s Unlikeliest Influence
StylesponsoredAugust 4, 2019

Add a Touch of Reptilian Luxe to Your ’Fits With These Snakeskin Pieces
SelectssponsoredJune 12, 2019

You Might Not Realize It, But Rock Icons Motörhead Are Fashion’s Unlikeliest Influence
StylesponsoredAugust 4, 2019
Search Results
Load More
Account