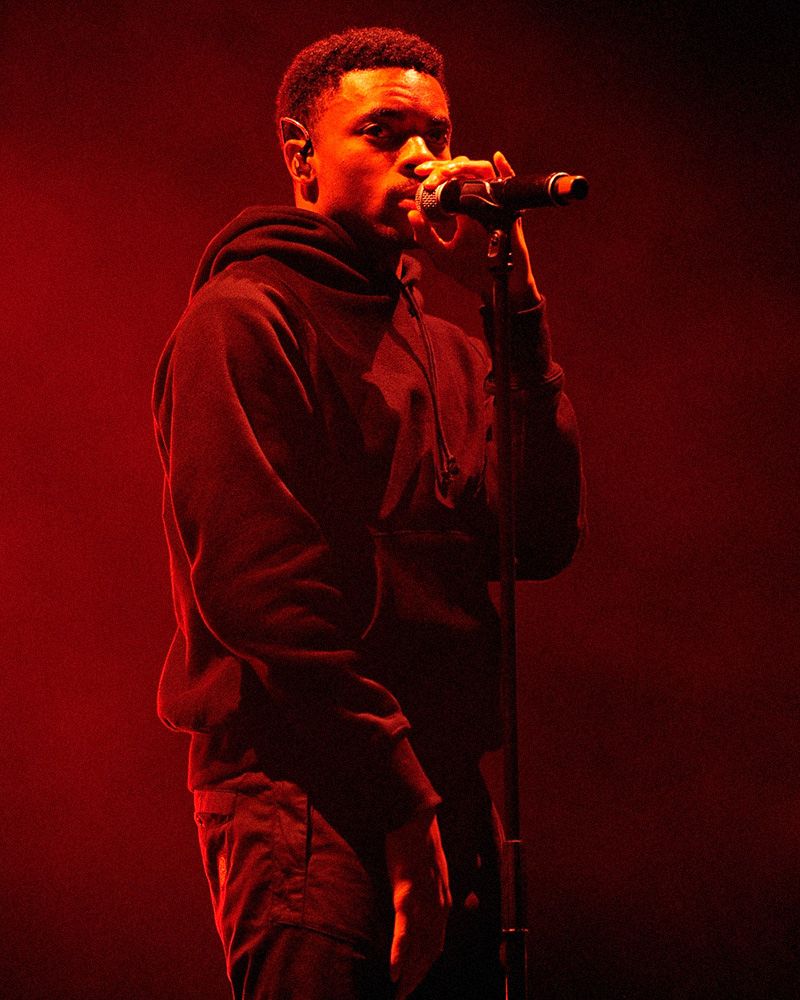 Vince Staples is an American rapper from Long Beach, California, closely linked with rap collectives Cutthroat Boyz and Odd Future, he has collaborated with Syd tha kid and Earl Sweatshirt on mixtapes. Staples credits Mac Miller with kick-starting his solo career. Miller provided beats under his Larrie Fisherman pseudonym for the Stolen Youth mixtape which eventually led to a record deal with Def Jam. In 2015, Staples released his debut album Summertime ‘06 to widespread critical acclaim. His sophomore album Big Fish Theory was released in June 2017, with a follow up and most recent release FM! in 2018 – racking up at a total of 22 minutes long. In November 2018 it was announced Staples had landed a starring role in the Richard Hughes-directed Punk – seeing him play a man named Peter who embarks on a zany road trip on the run from the FBI with a group of bank robbers. The rapper and now actor, made his on-screen debut in 2015 alongside A$AP Rocky with a cameo in teen comedy Dope. Staples maintains that he follows a straight-edge lifestyle, abstaining from drugs and alcohol use. With a net worth of approximately $4 million Staples has cemented himself as a rising star in the hip-hop zeitgeist.

Vince Staples Is Ready for Anything
CulturesponsoredJuly 13, 2021