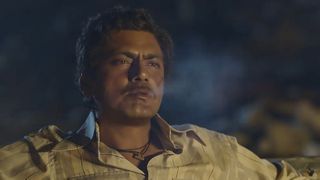 Netflix has just released the first teaser for its upcoming crime drama Sacred Games. In a similar vein to that of Narcos, the forthcoming show follows an extensive manhunt for a high profile criminal, Ganesh Gaitonde, in one of India’s most notorious districts.

Based on Vikram Chandra’s 2006 novel of the same name, Sacred Games takes place in 19th Century Mumbai (formerly known as Bombay) and follows police officer Sartaj Singh as he attempts to track down the notorious crime lord.

India’s underground world of organized crime is exposed against the backdrop of the country’s partition in 1947 – which eventually led to the formation of Pakistan – as well as the oncoming threat of nuclear terrorism.

The Hindi-English eight-part series will star Nawazuddin Siddiqui as the gangster in question as well as Bollywood favorites, Saif Ali Khan and Radhika Apte.

Before its premiere on July 6, check out the gripping first trailer above.

In case you missed it, here’s everything coming and leaving Netflix this May.

Internet Legend The Duct-Taped Gamer Is Getting His Own Documentary
MoviessponsoredMarch 3, 2020