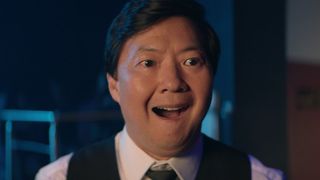 Fresh off the premiere of Steve Aoki‘s latest album, Neon Future III, the Grammy-nominated DJ and producer has now released the official video for one of his standout tracks from the album: “Waste It On Me” featuring k-pop sensation BTS.

The track made its premiere last month, debuting at the top spot in more than 60 countries with four million streams in the first 24 hours. It also garnered the number one worldwide trend on Twitter with more than one thousand retweets per minute, and graced the Billboard Hot 100 chart last week, marking Aoki’s fifth time on the Top 10 list, and BTS’ first time on the Hot Dance/Electronic Songs chart, according to a press release.

With the visual directed by Joe Hahn, the video does not include BTS unfortunately, however, it boasts a star-studded all Asian-American cast encompassing actors and popular figures such as Ross Butler, Ken Jeong, Jamie Chung, Ben Baller, Jinny Chung, Jared Eng, Jessica Lu, Tiffany Ma, Jimmy Yang, Steve Aoki himself, and many more. As the title suggests, the song is a dance floor anthem for young restless love, as we see the all Asian cast lip singing the words and enjoying their time in a club that is executed in a humorous manner.

Enjoy the video above, and for more on Steve Aoki, take an exclusive look inside his incredible Las Vegas mansion.