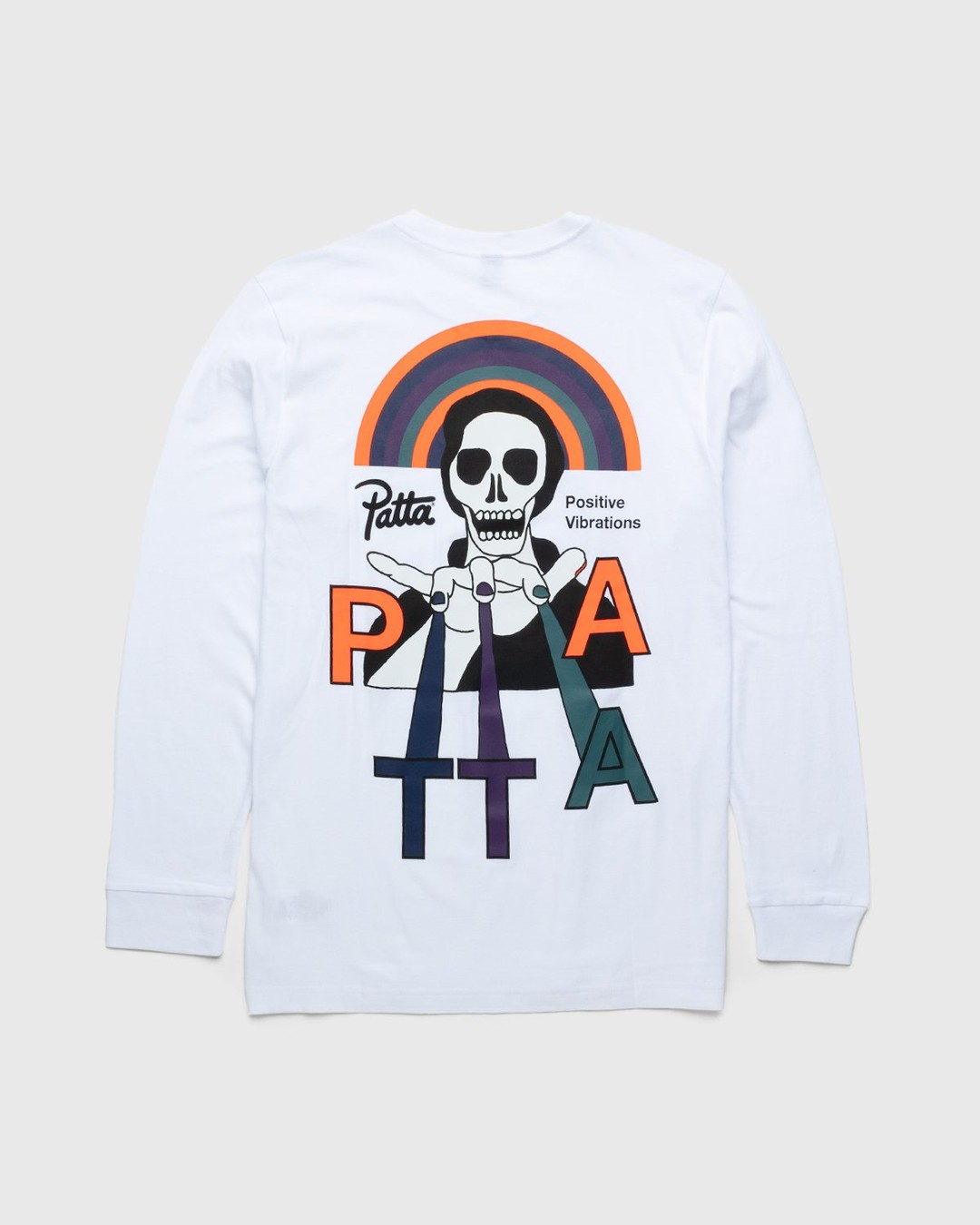 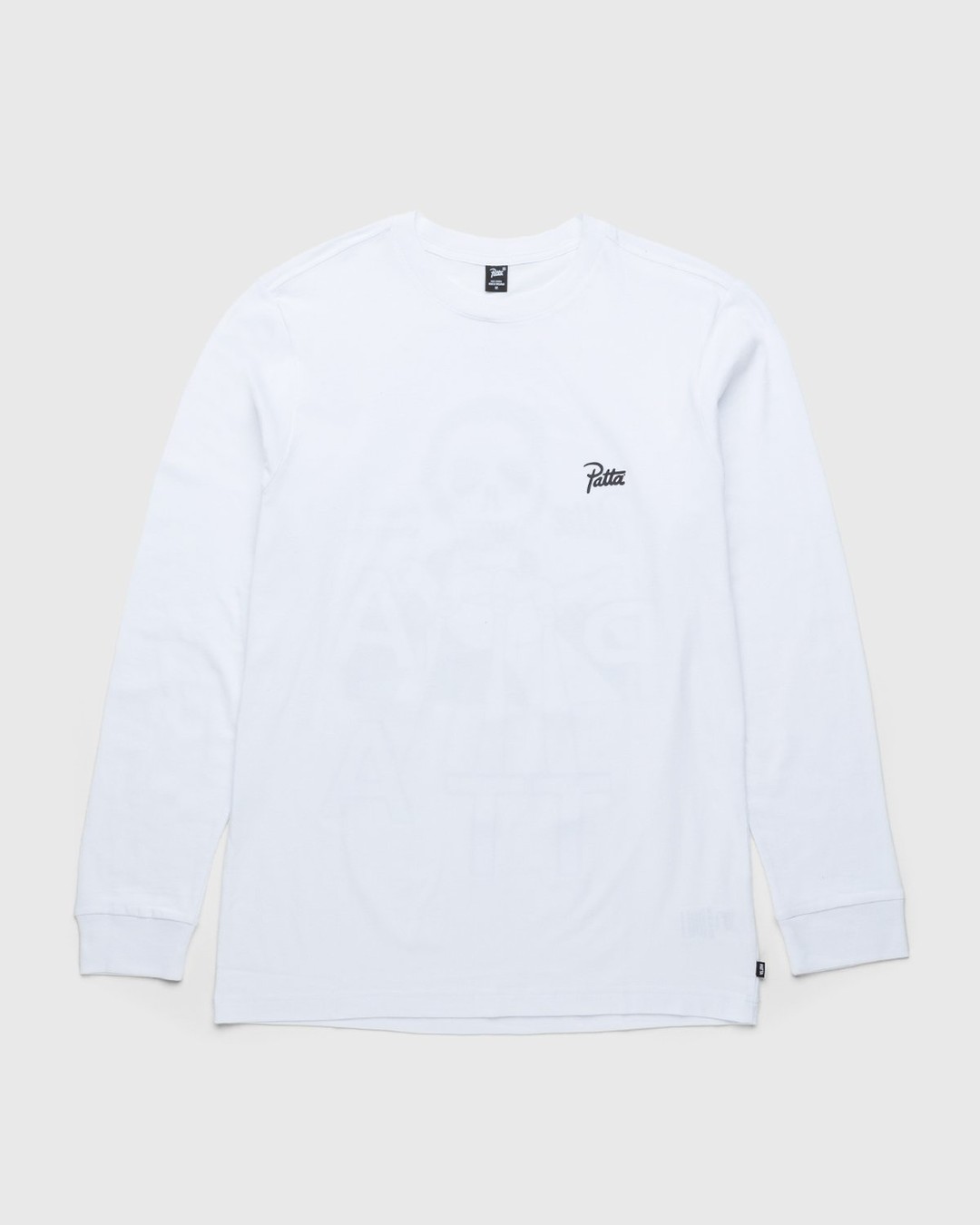 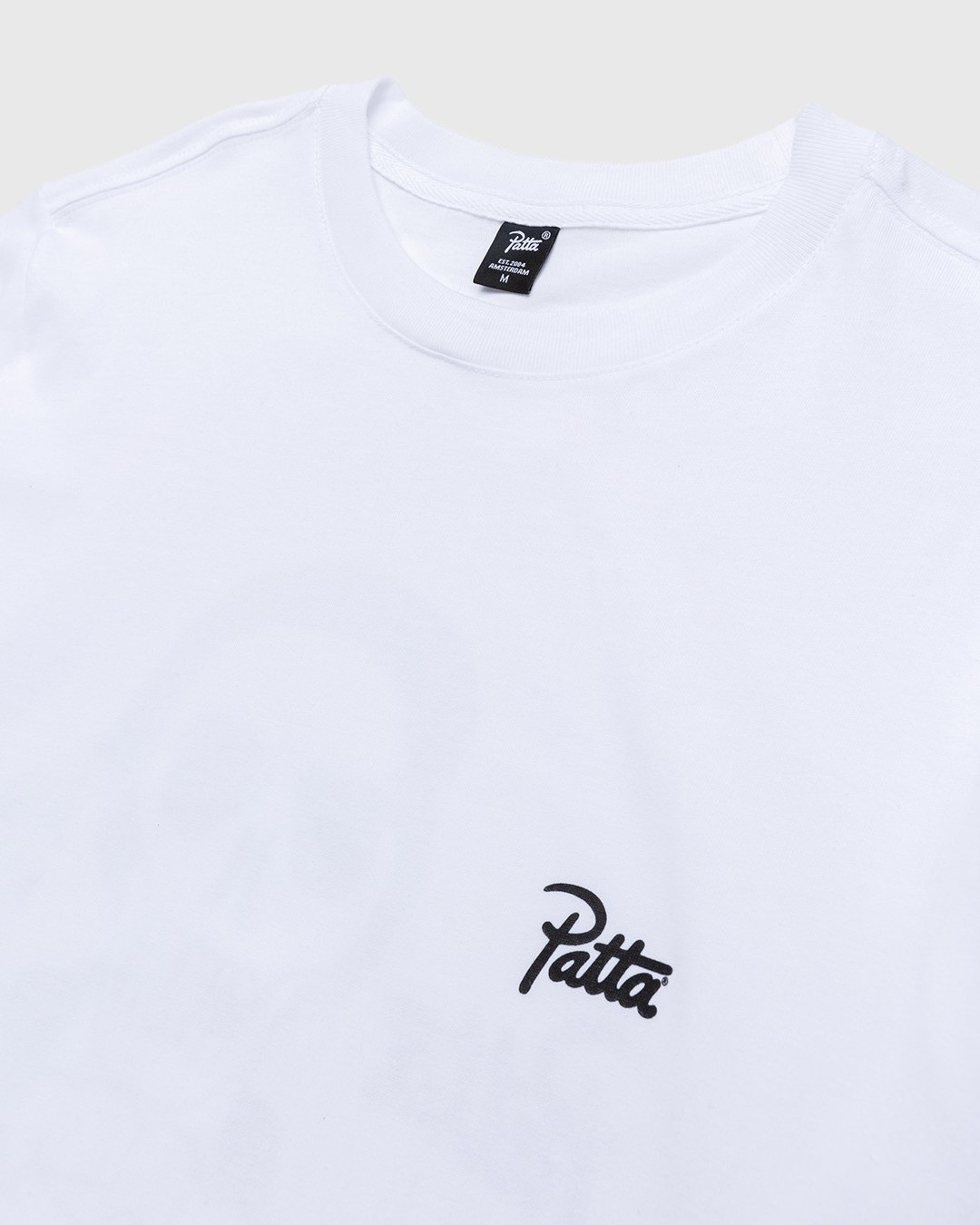 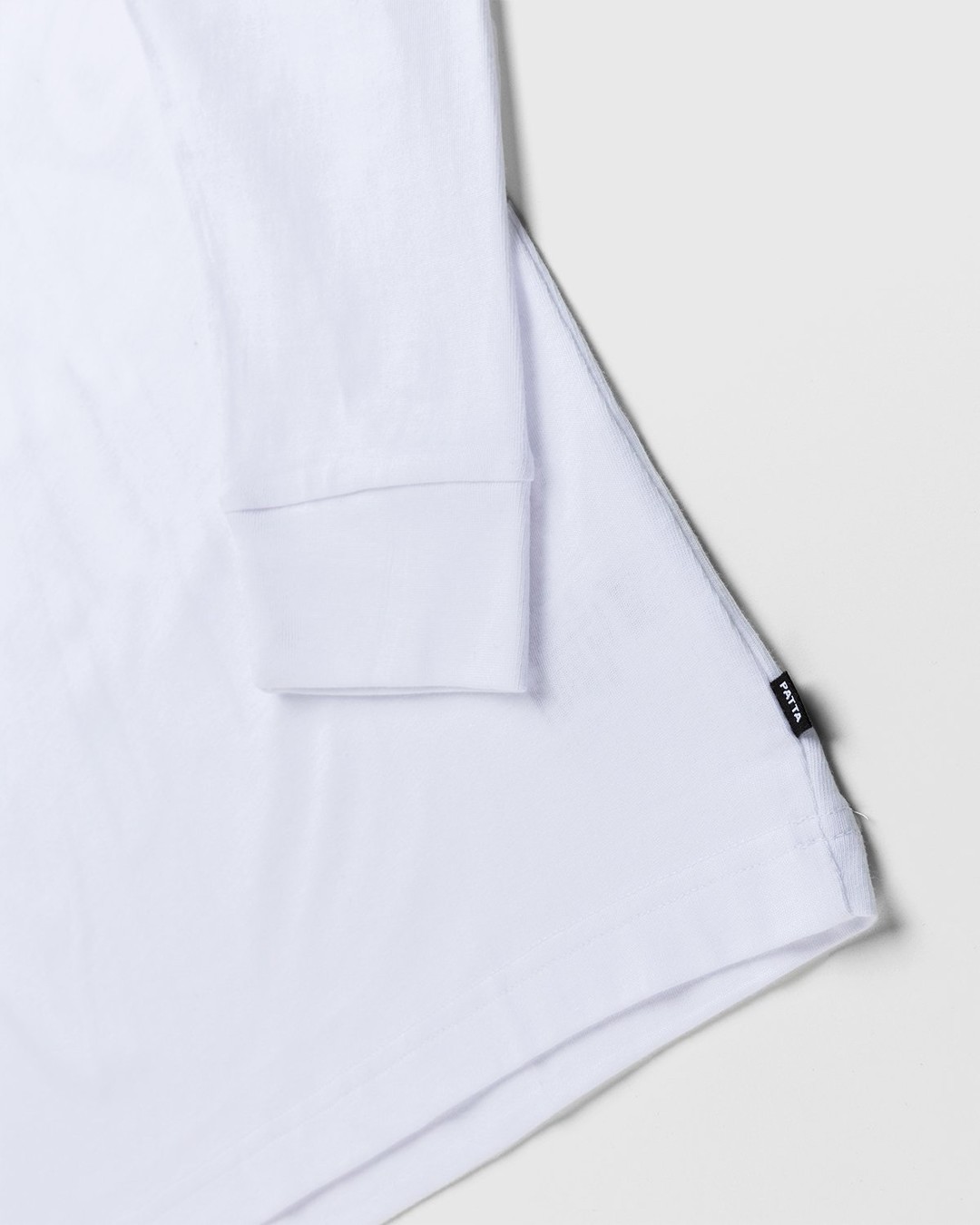 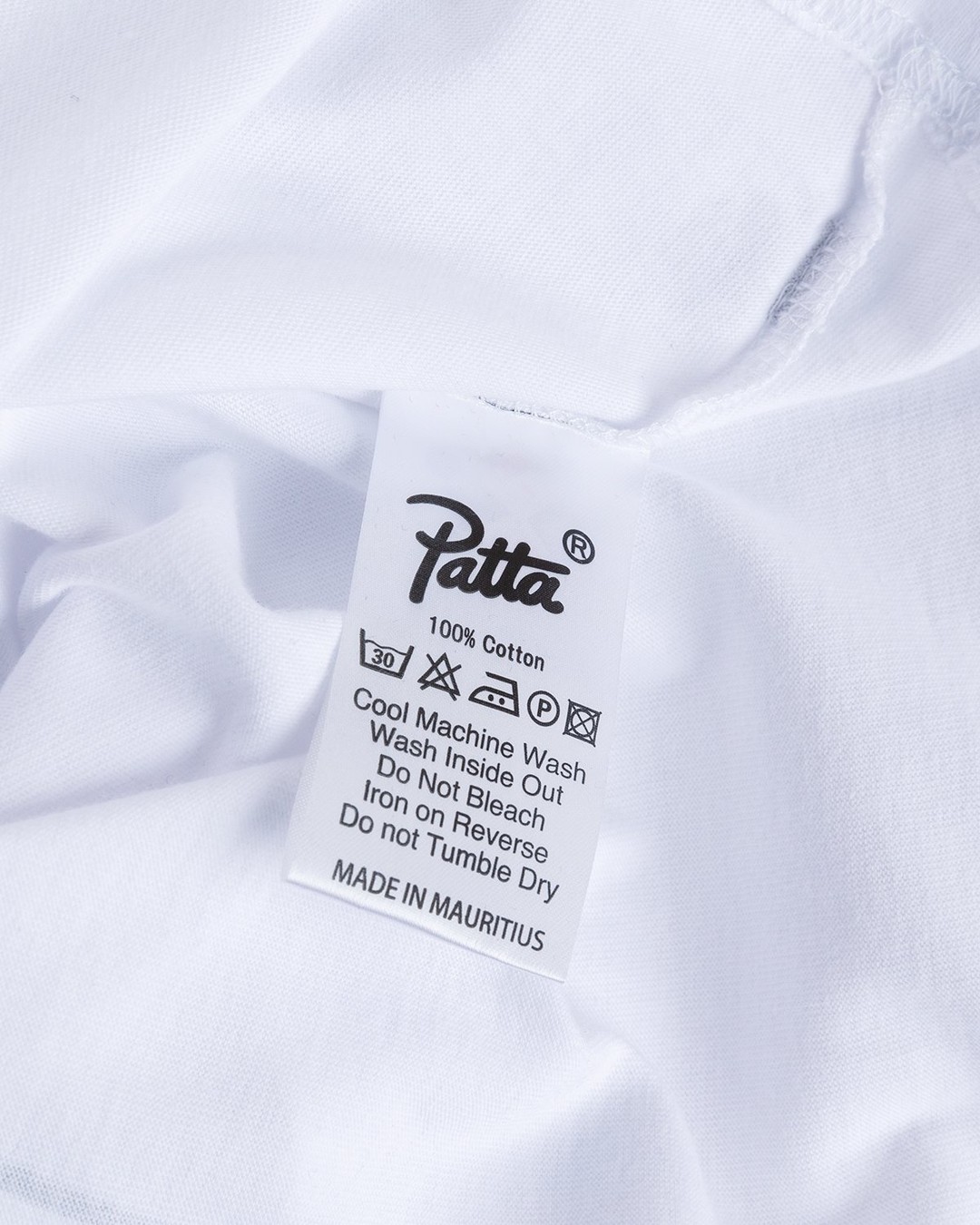 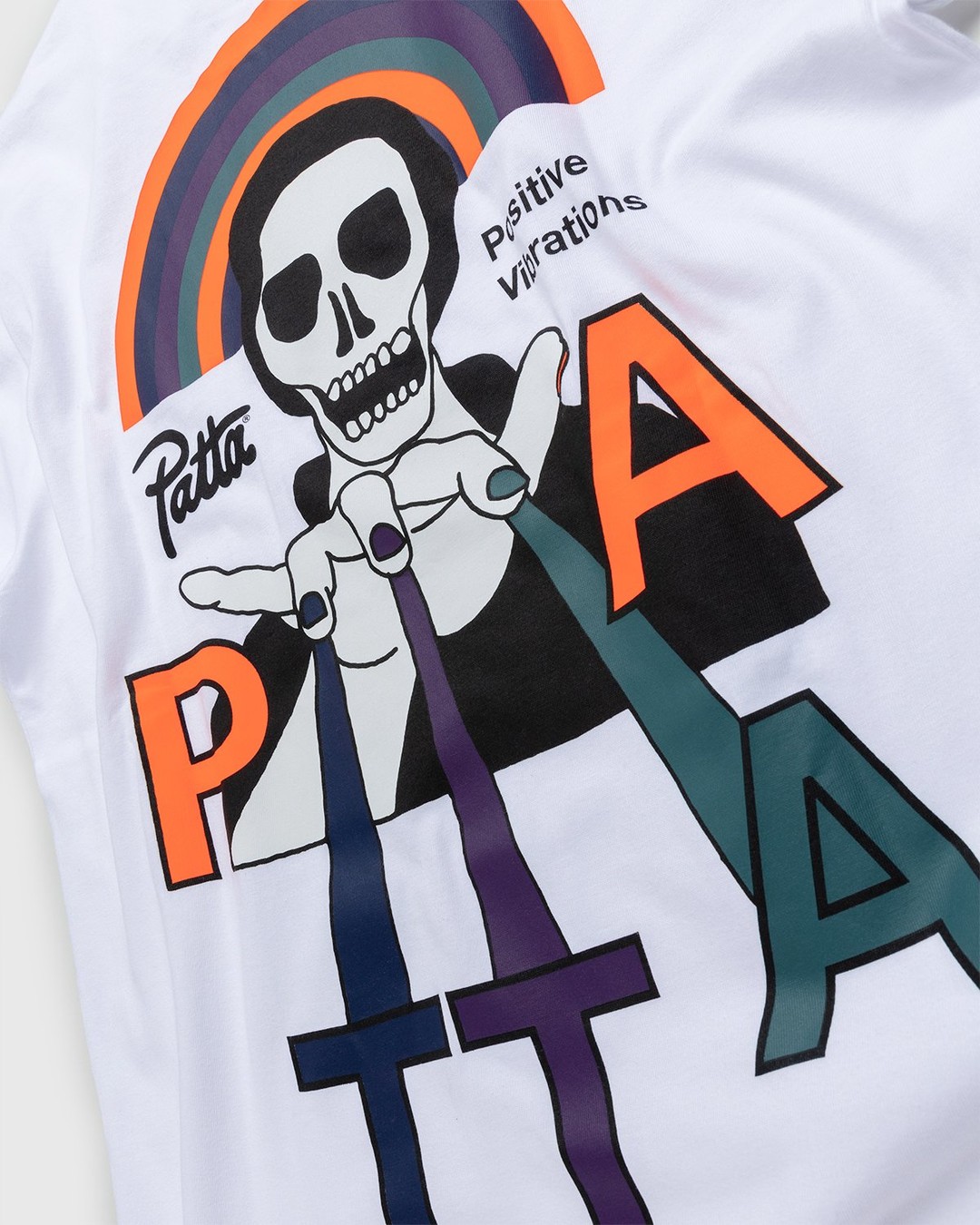 For AW21, Patta leans heavily on it’s ‘90s hip-hop roots, as founders Edson Sabajo and Gee Schmidt were heavily involved in the Dutch hip-hop and nightlife community in the ‘90s and early ‘00s. A seasonal collection from the streetwear brand wouldn’t be complete without an assortment of graphic tees, a longtime staple which Patta uses to relay messages to customers. The Positive Vibrations T-Shirt draws attention with its multicolored silk screen print on the back, depicting a dead magician casting a spell that transforms into a Patta typeface. Additional branding is implemented on both sides of the magician, while the brand’s script logo marks the shirt on the front.

Made from a 180gsm BCI cotton. Long sleeves. Crew neck. Ribbed cuffs. Patta script logo on the chest. Multicolor silk screen print on the back.