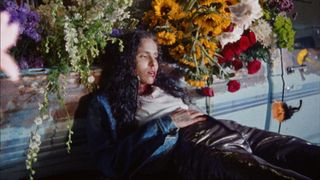 070 Shake has shared a dramatic new video for her latest single, “Nice to Have.” The eery visual begins in a dim-lit tunnel, eventually revealing that the traffic jam is caused by an accident between Shake’s vehicle and a flower truck.

Shake originally dropped the track in conjunction with “Morrow” this past April. The New Jersey rapper hasn’t put out a project since 2017’s Glitter EP. In September, she’ll kick of her North American headlining tour in Los Angeles.