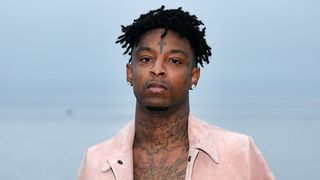 A leaked version of 21 Savage‘s Pi’erre Bourne-produced track, “Come And Get Your Bitch” has surfaced on Reddit. According to Genius, the song was first previewed on a file-sharing website on the August 11 and shared yesterday on LEAKTH.IS.

The explicit diss track contains a couple of references to Savage’s now-public British heritage (We kick yo’ head like soccer balls and rugby balls and shit) and his recent ICE arrest (The police sayin’ “Savage keep duckin’ me and shit.”)

21 Savage features on I’m Scared off Young Thug’s recently released album, So Much Fun. Listen to the full album here.