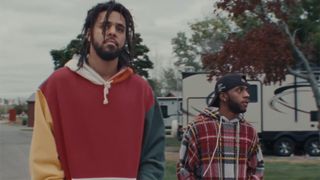 6LACK’s East Atlanta Love Letter serves as a followup to 2016’s Free 6lack. The project has been described as “an open love letter from 6LACK to his daughter, family, friends, past and current lovers.” In addition to J. Cole, the album features Future, Offset, and Khalid. You can revisit it underneath.

6LACK is currently on a world tour with Tierra Whack and Boogie. Follow here for tickets and more info.