Following the release of its “Black Out” collection with Casio, G-SHOCK offers up yet another black iteration of “the world’s toughest watch.”  As part of the ongoing 35th anniversary celebrations, G-SHOCK has paired up with Bodega on a collaborative edition of the iconic DW-6900 model. 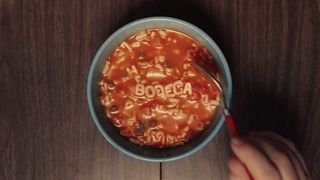 The “hidden in plain sight” idea carries over into the watch’s packaging. Just as words can be concealed in a bowl of alphabet soup, a stash can fit snugly in a soup can, becoming an unassuming vessel for a timepiece. G-SHOCK and Bodega posit that, “true quality is… meant to be something that you can grab onto, without a second thought, every day.”

In related news, A$AP Ferg has also collaborated with G-SHOCK, this time on a diamond-inspired watch

Our Favorite Watches to Shop for Less Than $200
DesignsponsoredNovember 14, 2018
What To Read Next
Load More
Search Results
Load More