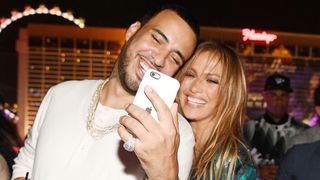 Before heading out on tour this summer, Jennifer Lopez reconnects with French Montana to release her first single of 2019. The familiar collaborators present an upbeat, horn-infused jam, titled “Medicine.”

Lopez and Montana previously worked together on “Same Girl” and “I Luh Ya Papi” from J.Lo’s eighth studio album, A.K.A, which released back in 2014. For “Medicine”, the musical pair warn potential partners not to take a good thing for granted. Press play on the video above or on the Spotify link below to listen to the new tune.

The 49-year-old singer, actress and dancer will soon be embarking on her It’s My Party: The Live Celebration tour beginning in June.