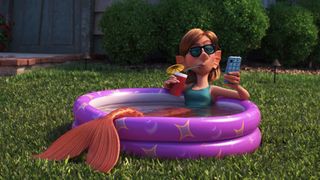 Pixar taps Chris Pratt and Tom Holland of Avengers: Endgame to voice the lead characters in its all-new original feature film, Onward. While the movie isn’t due out until March of next year, this week we receive our first look at the animated picture.

Here is the first full trailer for what is legit maybe the greatest movie in history. https://t.co/LzzXxDSWqG

Pratt and Holland star as two teenage elves, Barley and Ian, in Onward, as they embark on an adventure to see if there is any magic left in the world. Their burning desire for the supernatural is fueled by the passing of their father, which took place when they were young.

Julia Louis-Dreyfuss and Octavia Spencer feature alongside Pratt and Holland in Onward, which is directed by Dan Scanlon and produced by Kori Rae, the team behind Monsters University. You can look forward to the film coming to theaters on March 6, 2020.

@tomholland2013 and I play brothers in the movie. So I guess you could say Starlord and Spider-Man got their own spin off! But for real tho this has nothing to do with super heroes. I know you know that. Tom is the best, I love him like a little brother. He is so awesome. This movie is going to be your new favorite movie.