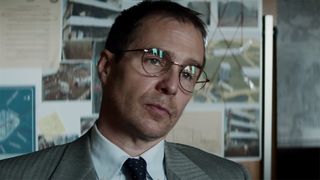 Clinton Eastwood is still cranking out movies at the ripe age of 89. For his latest picture, he is detailing the 1996 Centennial Olympic Park bombing in Atlanta.

Richard Jewell tells the story of the security guard who found the bomb and reported it to law enforcement. His actions saved countless lives, leaving him a hero, initially. Shortly thereafter, however, Jewell was accused of planting the bomb, as he became the FBI’s primary suspect. His life was ultimately turned upside down by the press and public alike. Jewell eventually solicited the services of independent, anti-establishment attorney Watson Bryant to help prove his innocence. Eastwood’s movie delves into Jewell’s fight to clear his name and restore his reputation.

‘Midway’ Tells the Epic Story of What Happened After Pearl Harbor
MoviessponsoredJune 27, 2019