As two brands with indelible connections to the worlds of music and street culture at large, the logic behind Champion and Timberland coming together for a collaboration runs deeper than their status as two iconic American brands. As has been noted countless times before, their firm place in the wardrobe of America’s metropolitan centres, particularly along the east coast in cities like New York, Boston, Philadelphia and Baltimore in turn cemented their place in the style history of underground scenes such as hardcore punk, hip-hop, graffiti, raving, and more.

It makes sense, then, that Champion and Timberland would mark their collaboration with a series of launch events fueled by that same mix of music and culture. Each event, hosted by Foot Locker, has seen the collaboration settling in a European city, bringing established and emerging artists in the scene together—replicating the same spirit that saw movements adopting the insignia of each brand, turning them into symbols of their culture.

Following events in London and Milan, Champion and Timberland now turn their attention to Berlin, a city whose legacy in music and street culture almost needs no introduction. The clash of western capitalist and post-soviet culture that has run through the city since the fall of the Berlin Wall in 1989 has seen the city birth many of Europe’s most rebellious countercultures. Underpinning many of these movements, however, is the rhythm of one particular genre of music: Techno.

Few people are better positioned to speak to that history than DJ Westbam. Since the early ‘80s, the DJ and record label owner has been a central figure to Germany’s electronic music scene. After moving to Berlin in 1985, he discovered the emerging techno scene and began performing at many of the city’s historic events, such as the annual Love Parade that ran from 1989 to 2003.

“When I came to Berlin for the first time, as this 15-year old punk rocker from the middle of nowhere, even the old ladies didn’t seem to mind my style. I remember thinking, ‘How cool are they?’ It’s that open-mindedness and ‘be what you wanna be’ vibe that, to some extent, has made me what I am.”

“Germany has always had a big electronic music tradition,” he explains. “But what Berlin had was a tradition of extreme parties. Throughout the ‘20s, then into the cold war when West Berlin was surrounded by the wall, they tried to keep the city attractive with liberal nightlife laws. There were never any ‘closing hours’, and as long as I can remember people could go out from Friday to Sunday, non-stop. That weird situation attracted a lot of weird people, and a gay scene where people would dance non-stop at the Metropol.”

“That was the blueprint of the techno party. When the Wall came down, all the East Berlin kids that only knew techno through the radio were hungry for that different, modern, western culture. When they came to the parties, that’s when the culture really exploded. For those kids, techno was the magic soundtrack of reunification. It became a way of life.” 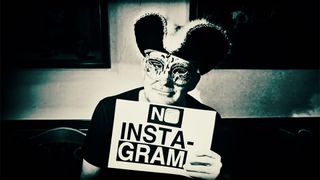 With over 30 years of performing under his belt, it’s no surprise that WestBam would struggle to summarize what his work in the scene has comprised, or what advice he would give to younger artists in the scene who are growing up in a different landscape—most notably, one without a 12-foot concrete wall dividing your city in two.

“Summing up 36 years in nightlife, DJing all over the planet is not exactly easy. But I think what you can maybe grasp is this idea of musical universalism. Throw a bit of freedom in the mix. When you’re young, it’s probably better to work with the power that can come from your ignorance, and not try to be too wise. In DJing, the wisdom comes later.”

Born and raised in Berlin, now in her mid-twenties, the language of the city of techno is second-nature to Meggy. “Berlin is a melting pot of artists and creatives,” she tells me. “It’s all we know.” Since emerging onto the scene in 2012, the young DJ has carved a niche in the city’s goliath scene with her blend of soulful house and techno beats.

“What I love about growing up here is that you don’t necessarily need a certain financial background to be able to express yourself. Anyone is able to create. I’ve witnessed a lot of people here create things which helped to express something deep inside them. These small exchanges make Berlin the city that it is today, they’re what make this city ours.”

One side-effect of that proliferation of artistic energy in the city is that people have to fight for their own space to be heard. While it presents its challenges, Meggy is still firm in her belief that working together is better than competing against one another.

“Every person who comes here challenges their inner artist, and I love it. But at the same time, I find it difficult if people place their work as being of higher importance than others’. Art is subjective. I’ve got huge respect for the established DJs doing this for decades, loving their work and staying grounded—it’s not easy to do that and stay healthy, especially if you’re getting your ass kissed every weekend.”

Across their two generations, what Meggy and WestBam share is an understanding of their position in Berlin’s music scene as both a privilege and an empowering opportunity. Few cities in the world are as hospitable and supportive of creatives as the German capital, and perhaps its laissez-faire attitude to subcultures like nightlife and graffiti (which in most other cities are systematically repressed right now) comes from having experienced virtually every extremity of politics and culture in the twentieth century.

Berlin is what it is today because, when you think about it, it could never be anything else. At numerous times in recent history, forces have tried to mold the city in their image, but what has always broken through is a spirit of freedom and creativity that is suspicious of dogma and orthodoxy. Similarly, Champion and Timberland might be a sportswear and an outdoors brand at heart, but once they fell into the hands of groups as passionate as Boston Hardcore punks or New York rappers, they knew better than to push back.

Ultimately, their collaboration is a wink and a nod; an acknowledgment that, though they come from different roots, with different origin stories, at some point in time they became united through the shared cultures they were adopted into, not dissimilar to the experience of living and creating in the city of Berlin. Just stay humble. And wear earplugs.

Timberland x Champion’s first drop (peep it in the video above) and second drop, which includes the iconic Timberland iconic 6” boot, are available to cop now exclusively at Foot Locker.

For those in Berlin, Champion and Timberland are celebrating the collection’s launch with an exclusive event featuring DJ sets from Westbam and Meggy at Foot Locker Alexanderplatz. RSVP for the event, below.