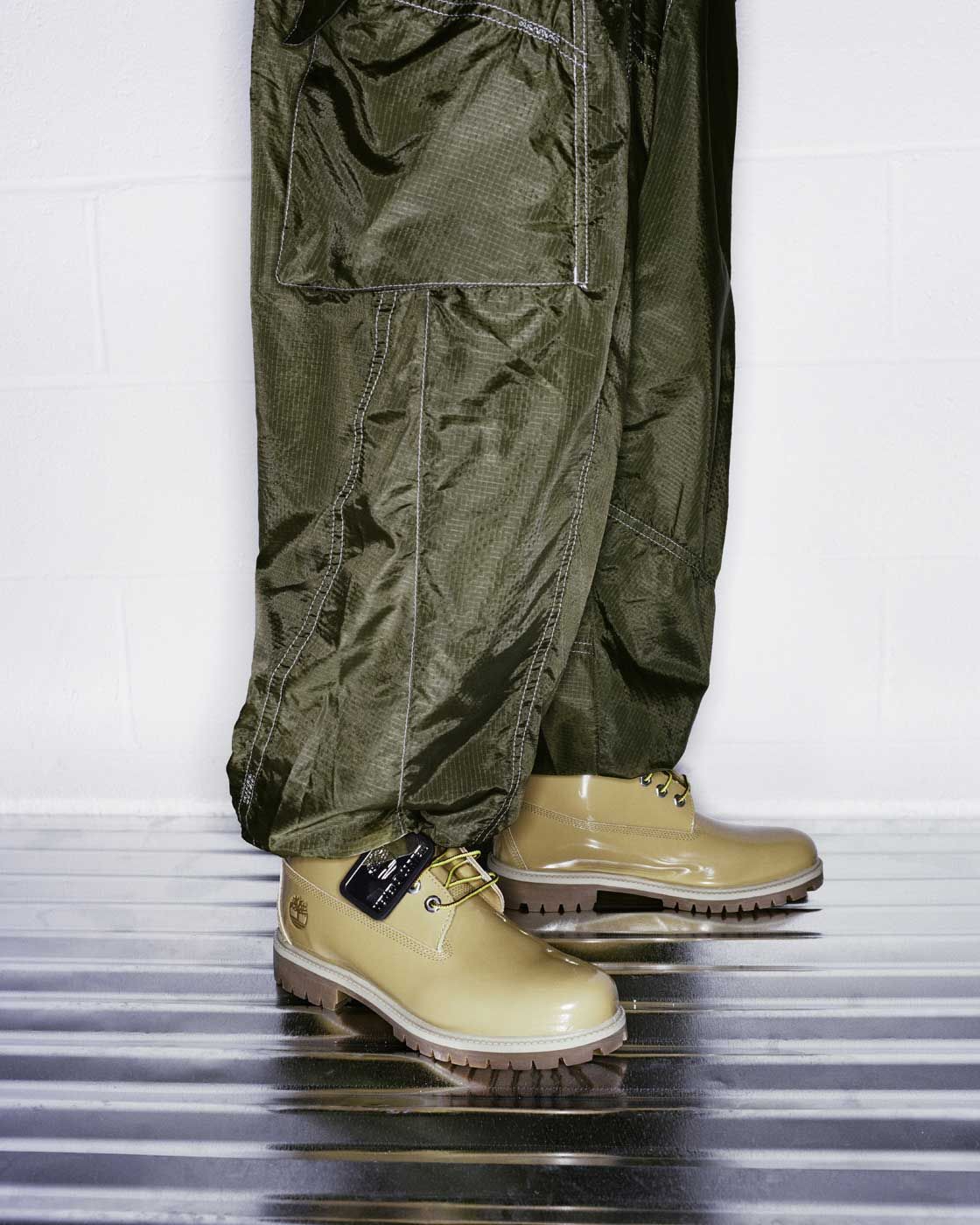 The American footwear company and household name Timberland has been around since the 1950s. However its classic wheat-colored rendition – that was to be loved by workers, hip-hoppers, A-listers and fashion royalty alike – didn’t arrive until 1973. Initially intended for blue-collar workers, the boots were serendipitously adopted by NYC rappers and hustlers in the early ‘90s, and were soon spotted on the likes of Tupac, DMX and Wu-Tang Clan, name-dropped by Biggie and featured in Mobb Deep’s artwork. Timbs had become a staple of hip-hop and urban culture, and the company’s sales more than tripled in the ’90s.

Timberland was also one of the first boot brands to advertise on television, and to put its logo on the outside of the shoe, with the iconic tree on the side of the boot – which helped promote its brand awareness.

It’s mass appeal lies in its masculinity, versatility and timelessness, not conforming to one certain genre making it just as relevant today as then. On the back of this the brand has hooked up with countess rappers and streetwear brands, including Supreme, Black Scale, Ronnie Fieg and Stussy with the boot adoring the feet of Jay-Z, Kanye West, Pharrell, Rihanna, Cara Delevingne and many more.

How much are Timberlands?

A pair of classic waterproof 6” retail for about $200.

How do you clean Timberlands?

There are a few different ways of cleaning your Timberlands. If there’s a lot of visible dirt and mud on your boots, let it dry and remove as much as possible by hand. Remember, before starting the process take off the laces. Using the Timberland Dry Cleaning Kit you remove remaining visible dirt with the bristle brush. Then use the suede cleaning block/eraser working it into any stains and marks until they disappear. Use brush or cloth to wipe off any surface dirt. Spray some suede/nubuck/canvas cleanser on a microfibre cloth and go over entire boot in circular motions. Wipe off access cleanser. Let it dry for 24 hours.

How do you wear Timberlands?

6” boots, winter boots, chukkas, hiking boots, sneaker boots, mids, side-zip, slip-ons… There are many additions to the family of the beloved yellow boot. There are no real rules for how to wear your Timbs, but the general consensus is that the laced versions tend to look best with the laces worn slightly loose and not all the way up. They also look good with slim or straight, stacked trousers, and they arguably work well with denim garments such as shirts – but could just as well be worn with a suit. You just have to make it your own.

How do you lace Timberlands?

When copping a new pair it is recommended to unlace and re-lace them and stopping at the final eyelets for a looser fit at the top. When in doubt, get the person in the shop to help you out.

The tried and true Ronnie Fieg x Timberland formula is reused and this time results in a trio of limited edition silhouettes to coincide with the launch of the KITH Aspen pop-up.

Supreme and Timberland link up on a new version of Timberland’s World Hiker Front Country boot.

Timberland teams up with Supreme once more for a 3-eye classic lug shoe in two colorways: eye-catching leopard print and black with red lining.

Stüssy & Timberland Lace up for a Reunion
SneakerssponsoredJanuary 6, 2023

Big Boot Season Is Here and These Are the Best
SneakerssponsoredNovember 6, 2020

Supreme’s Woven Timberland Lugs Are Their Finest Yet
SneakerssponsoredDecember 6, 2022