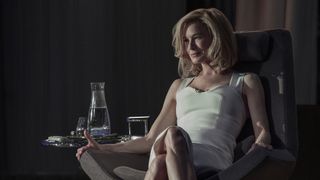 What would you risk for a chance to have it all? The games begin May 24, only on @Netflix. pic.twitter.com/5vHWoh4TRV

While not much is known about the series at this time, it appears that Zellweger’s character Anne is a devious mastermind in a game that involves the lives of others. You can expect to witness what many would deem upstanding citizens committing deplorable acts, all at the hand of Anne.

What/If premieres May 24 on Netflix. Will you be tuning in?