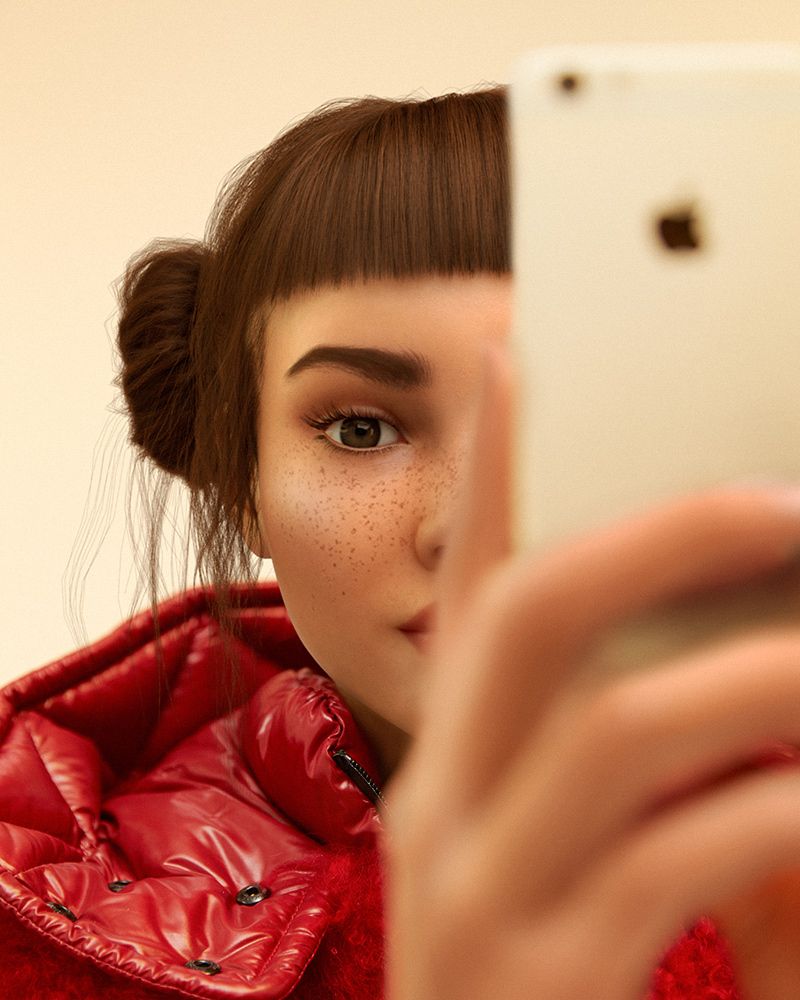 19-year-old Miquela Sousa is a half Brazilian, half Spanish social media influencer. Based in Los Angeles she can be seen rocking Supreme, Prada and Chanel, and attending exclusive events with other influencers. But the star, better known as Lil Miquela, is the first computer-generated social media influencer. In just 3 years she has amassed over 1.5 million Instagram followers and sparked a debate around online personas, with arguments highlighting how technology has estranged us from reality. The virtual insta it-girl has released numerous singles since her debut Not Mine in 2017, starring in her first music video in a collab with producer Baauer a year later. The single HATE ME was released on LuckyMe. Miquela took over Prada’s instagram account for Milan Fashion Week 2018 as the brand continued to make its presence in the digital zeitgeist known with a futuristic FW18 collection. In 2019 Miquela was one of the stars of Calvin Klein’s I SPEAK MY TRUTH IN #MYCALVINS campaign alongside the likes of Bella Hadid, Billie Eilish, and A$AP Rocky. The ad, which featured Lil Miquela kissing Bella Hadid, sparked controversy with accusations of queer baiting. A statement released by the brand claimed it was subverting advertising norms on sexuality, blurring the lines between reality and imagination. Miquela launched her own clothing line, Club 404. In the teaser, Miquela expresses her Club 404 inspiration, “It’s growing and learning, and changing as we go,” she said. “Just like us. Just like you. This is where I feel alive.”

Here’s How a Virtual Influencer Like Lil Miquela Is Made
LifesponsoredMay 18, 2018