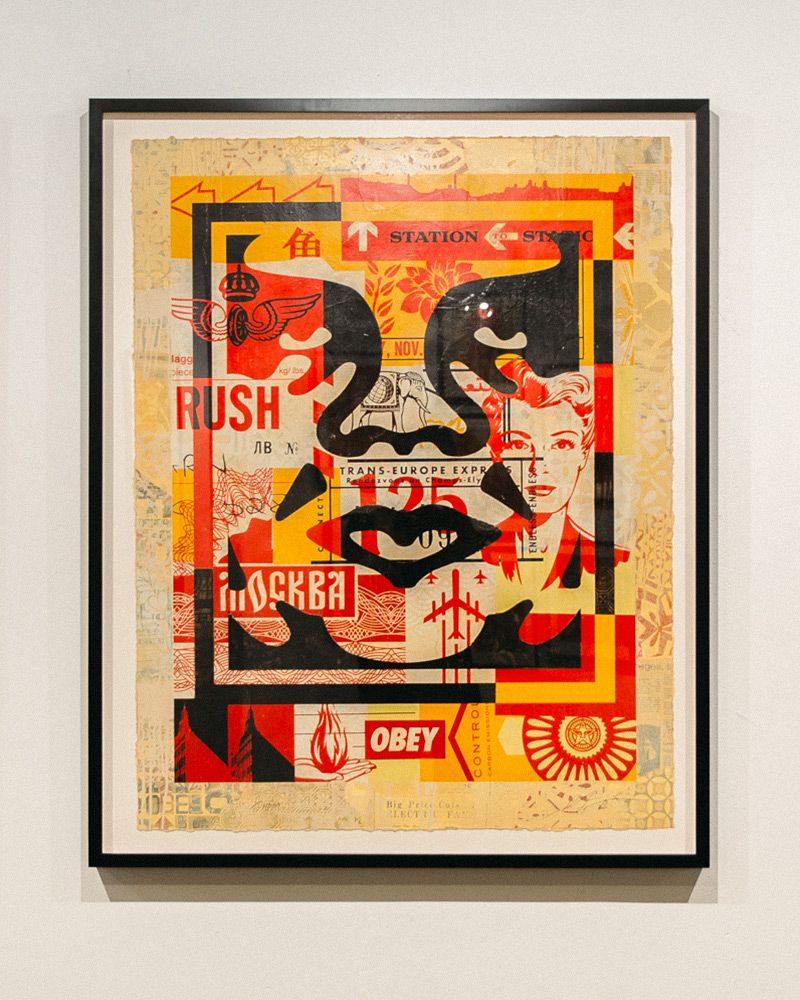 OBEY clothing was founded in 2001 as an extension of artist Shepard Fairey’s work. Fairey’s signature Andre the Giant Has a Posse campaign, featuring the famous 520-pound wrestler, was seen plastered all over the East coast throughout his time studying a BFA in illustration from the Rhode Island School of Design. A redesigned OBEY Giant sticker became the icon of OBEY Clothing which now fuses classic military looks and workwear basics with an ever-changing but consistently politically provocative philosophy. The now quintessential OBEY logo and and slogan has appeared across collaborations with other streetwear giants like HUF, graffiti artist Cope2, Keith Haring and even Levi’s.

What inspired the OBEY logo?

A 1994 trademark lawsuit threat forced Fairey to create a redesigned version of his Andre the Giant sticker. He developed the wrestler’s face into its now iconic logo, joined by the ubiquitous OBEY slogan taken from John Carpenter’s 1988 cult classic They Live.

What is the OBEY propaganda?

Fairey describes the OBEY propaganda as an experiment in Phenomenology. Quoting Heidegger on OBEYGIANT.com, he describes Phenomenology as “the process of letting things manifest themselves.” With a philosophy of “the medium is the message,” Fairey claims OBEY is about questioning purpose and your surroundings. But ultimately, argues that while OBEY itself has no real meaning, it is reflective of the personality and sensibilities of the consumer.

Rihanna’s Tonal Game Will Make You Green With Envy
StylesponsoredMarch 13, 2021

What’s In a Name: How 20 of Streetwear’s Most Well-Known Brands Got Theirs
StylesponsoredMarch 18, 2014
Load More
Search Results
Load More
Account