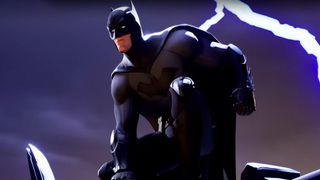 In celebration of Batman’s 80th anniversary, Gotham City has come to Fortnite. As fans speculated from the latest update, Batman and co, as well as a whole lot of gear were headed to the battle royale.

From now until October 6 you’ll be able to explore the new Gotham City Rift Zone, secure the Catwoman Comic Book Outfit in the Item Shop and grab the Caped Crusader Pack from the in-game store. Watch the trailer above.

You’ll also be able to complete a variety of challenges and earn free rewards from the Welcome to Gotham City Challenge Bundle, including the Catwing Glider. Players have unlimited redeployment of their gliders inside Gotham/Tilted Towers. They also have access to a Batman Grapnel Gun and the Explosive Batarang.

In other gaming news, Louis Vuitton has announced a partnership with League of Legends.

‘Fortnite’ Is Releasing an ‘Avengers’ Crossover This Week
LifestylesponsoredApril 22, 2019

Don’t Miss Your Chance to Cop the New Rolex “Batman” for Retail at StockX This Week
DesignsponsoredJune 25, 2019
What To Read Next
Load More
Search Results
Load More