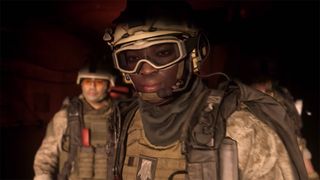 The rules have changed. #ModernWarfare

While little is disclosed in the clip, it seems as if Infinity Ward — the studio where it all began — has delivered on an epic reimagining of the Modern Warfare series. Gamers can play as Tier One operators in a single-player story campaign filled with covert operations. Along the way you will meet international special forces while traveling through European cities as well as the Middle East. You can also take part in classic multiplayer during a narrative that spans the entire game.

The official reveal trailer for Call of Duty: Modern Warfare shows actual in-game footage, which you can watch now above. The title is scheduled to release on October 25.

Be sure to stay tuned for more details surrounding Call of Duty: Modern Warfare.