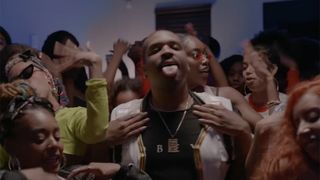 Father today announces his new mixtape in collaboration with Adult Swim, dubbed Awful Swim. To coincide with the news, the “Look At Wrist” rapper shares the official music video for project track, “Thotnite.”

Album otw 🍻 September 21. @adultswim x @awfulrecords New music video for Thotnite out now! U know where to find the link

Also, you can catch Father on his ‘The Private Show’ tour beginning October 16. Tickets go on sale Friday, September 14.

For more music, watch the trailer for BROCKHAMPTON’s new documentary.

THE LONGEST SUMMER IN AMERICA pic.twitter.com/84cDXVMV14

Faye Webster Is Providing Southern Comfort With a New Wave of Americana
MusicsponsoredMay 2, 2019