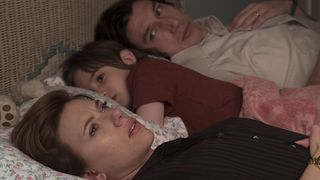 Today Netflix shares the first trailer for Academy Award-nominated filmmaker Noah Baumbach’s new comedic drama, Marriage Story, starring Scarlett Johansson and Adam Driver. While plot details are scarce at this time, we know that the movie tells the story of a marriage breaking up, but the family staying together.

In Marriage Story, Johansson portrays an actress going through a divorce with her stage director husband, played by Driver. The film is directed by Noah Baumbach, and it also stars Laura Dern, Alan Alda, and Ray Liotta.