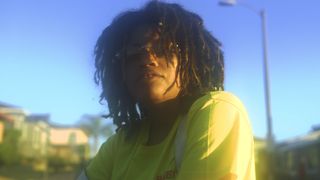 The Alex Girav directed visual, spotlights the vocals of Ambré in an intimate perspective. As the majority of the video sees Ambré singing in her car, we also get shots of her driving around an urban city, sequenced in various angles that is punctuated with distinctive lighting.

“The Butterfly Effect” ft @Ambre video is out now ? one of my favourites from Elsewhere ?: @ata_girav

This featured single from Ryan Hemsworth’s Elsewhere draws from artist’s travels around the world over the past couple of years, and his exploration of different styles and forms that contributed to the making of the album.

Ryan is also slated to go on tour in support of Elsewhere, beginning October 24 in Vancouver and playing 19 dates across North America. View the full tour dates below, and you can purchase tickets here.

In other new music videos, Drake and Lil Pump cameo in Rae Sremmurd’s “42.”

The (To Pimp a) Butterfly Effect – How Kendrick’s Masterpiece Changed Culture, Lives and Careers
MusicsponsoredMarch 24, 2020