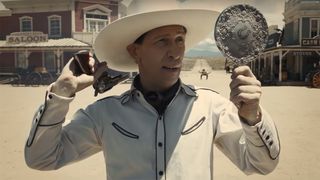 Ahead of this week’s theatrical release, Netflix shares the second trailer for Joel and Ethan Coen‘s whacky new Western film, The Ballad of Buster Scruggs. The picture boasts a star-studded cast, combining six anthology stories into one movie about the American frontier.

The Ballad of Buster Scruggs marks the first time the Coen brothers have worked with a digital camera instead of traditional film. The movie comes to select theaters on November 8, before landing on Netflix November 16.

Now, here is everything coming to Netflix in November.