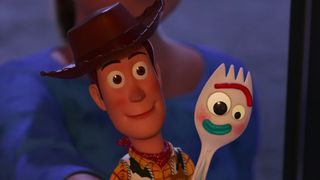 While the first trailer gave us a preview of the movie’s plot, this latest clip spotlights Woody’s relationship with new character Forky, a spork. Additionally, Buzz Lightyear is going to once again embark on a rescue mission to save his old friend, while other new characters are also featured in the teaser. Jordan Peele and Keegan-Michael Key are seen portraying as the bunny and ducky toys at the end of the clip. Both are noted as top prizes in a carnival and express their annoyance at the fact that Buzz Lightyear has taken their place.