Dr. Martens is known for its distinctive upper shape, air-cushioned soles, welted construction, and signature yellow stitching, having become a favorite among working class people, punk rockers, college kids, and everyone in between. 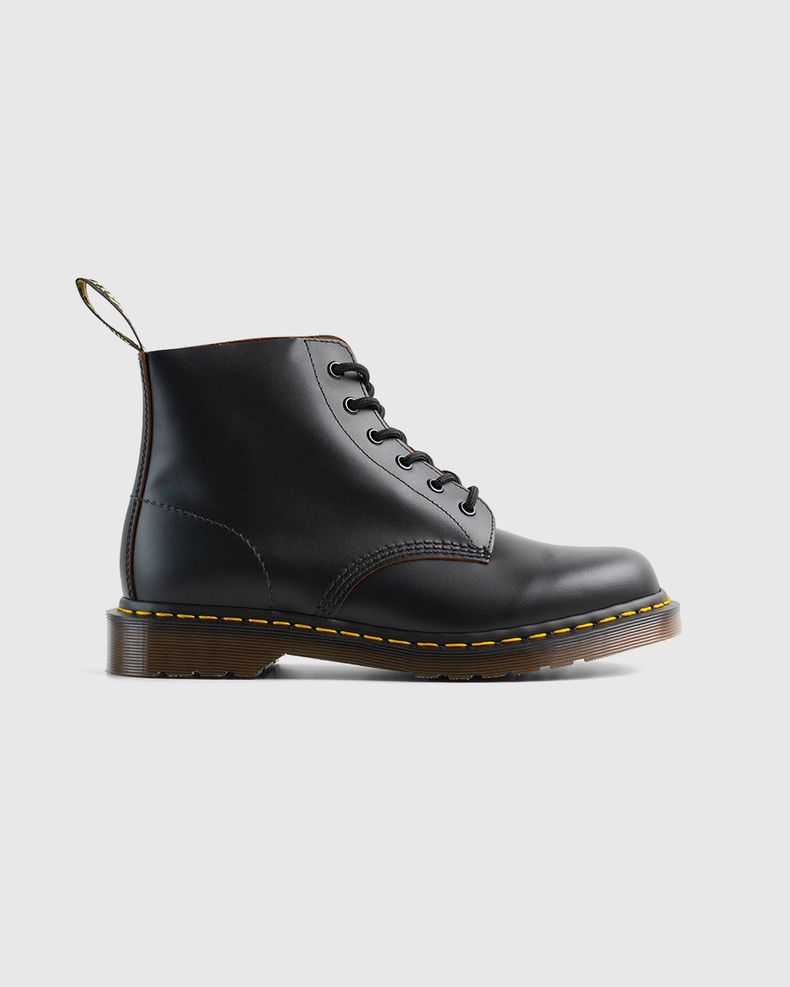 Across subcultures, throughout the working-class youth, and even on the fashion runways, Dr. Martens boots have always represented the same thing — freedom, empowerment, and rebelliousness. For well over a century, the iconic boot has been an enduring counterculture symbol. Why? That simple silhouette has allowed wearers to quickly adopt the shoes as part of their own individuality and distinct style. Even more so, Dr. Martens' bouncy air-cushioned sole, clever engineering, recognizable stitching, and premium leather have helped fuel the brand's mythos. They are shoes that can last you for years. You can trace Dr. Martens' history all the way back to 1901 in Northamptonshire, England. Dubbed originally as the Griggs company, it was Dr. Klaus Maertens who would go on to invent the revolutionary air-cushioned sole for the boots — a design that was far more comfortable than the traditional hard leather soles seen on boots at the time. The shoe would become a hit for older women before eventually becoming the go-to work boots for British workers. Decade after decade, the shoe grew in popularity, appearing on the feet of young adults during social change. Dr. Martens has been adopted by the punk, glam, goth, new romantic, and grunge cultures. In addition, the brand's shoes have been worn by rockstars, political activists, artists, and fashion designers. Today, Dr. Martens still produces its classic shoes as well as industrial work boots, specialized sole units, and a vintage line that pays homage to the decades-old methods of creating boots. The brand's longstanding history has attracted collaborators like Yohji Yamamoto, Nepenthes, Supreme, and A Bathing Ape. The shoes continue to be adopted and readopted, living new lives among the streetwear crowds and youth. Dr. Martens will not be going anywhere anytime soon.