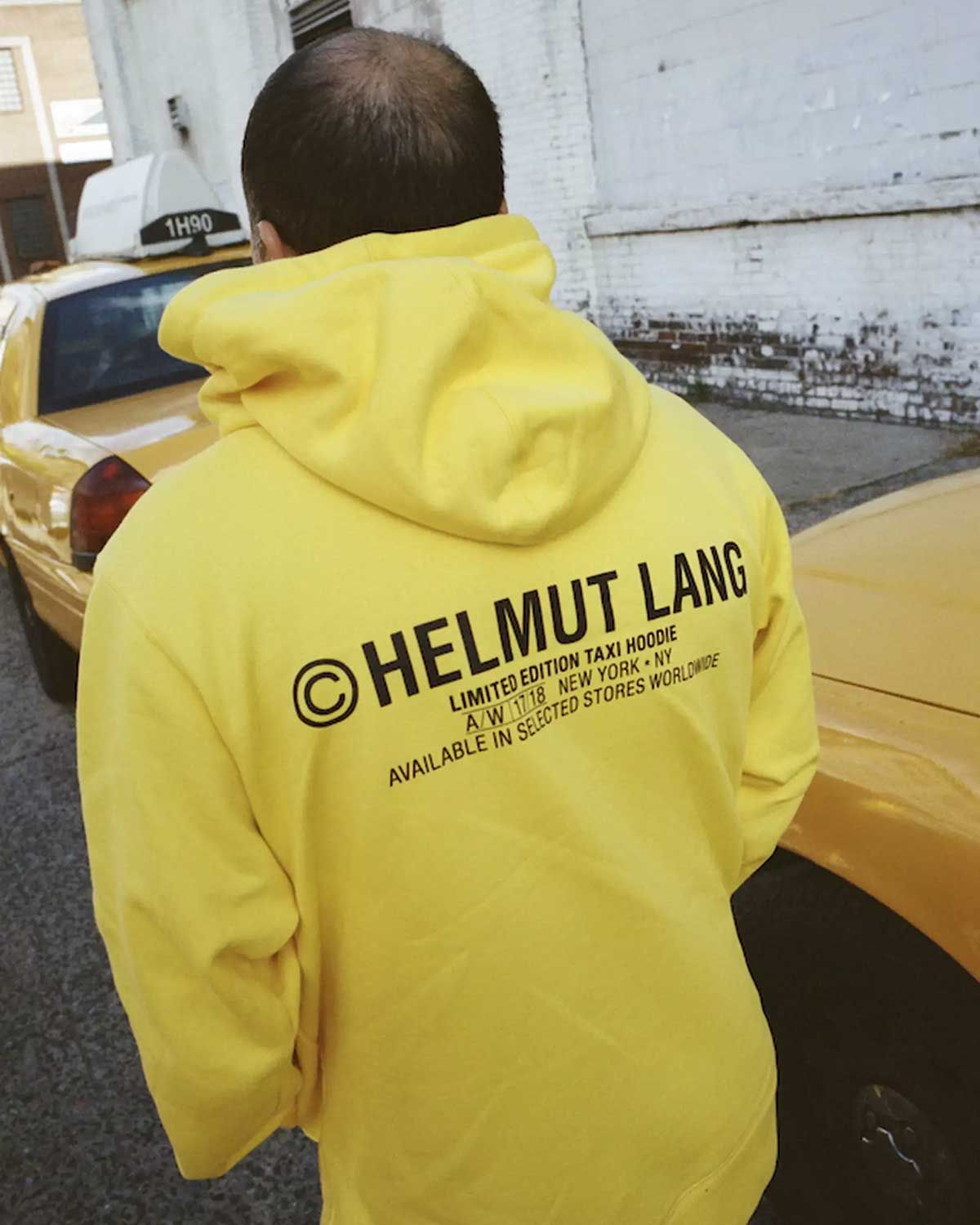 Who is Helmut Lang?

Helmut Lang is the founder of the namesake label, Helmut Lang. He was born in Vienna, Austria, in 1956, and started designing clothing without any formal education in 1977. Lang founded his eponymous label a few years later after moving to Paris, France, in 1986.

Helmut Lang is arguably one of the most influential designers of the last three decades (although Lang himself retired from fashion in 2005 to fully focus on his art career,) and his legacy still resonates across runways today. The iconic designer pioneered minimalism in the ’90s with his sharp-cut tailoring and androgynous, utilitarian pieces adorned with bondage straps and harnesses.

Lang created a new design language, changing the idea of what luxury is, and his oeuvre is still shaping fashion to date – inspiring everyone from Calvin Klein to Raf Simons and Kanye West, along with a string of streetwear brands.

What is helmut lang?

Helmut Lang is an eponymous luxury fashion brand founded by the Austrian designer Helmut Lang. The brand was founded in 1986 in Paris, France, and is now headquartered in New York, US. “Quintessential minimalism” springs to mind when thinking of the brand.

Lang introduced streetwear to high fashion, invented the designer jean, modeled garments on bullet-proof vests, and was a trailblazer experimenting with technical fabrics, fabricating the military bomber jacket. He was also one of the first designers to co-ed shows, and he broke new ground in 1998 as the first designer in history to stream a runway show online.

Helmut Lang, the label, was in decline after being acquired by Prada starting 1999, and suffered further damage after Lang left in 2005. The label saw several designers at the helm since Lang’s departure. The turning point came in 2017 – 2018 when the label announced a relaunch in an attempt to return it to its former glory. Casting the likes of Kanye West and Solange Knowles for the Exactitudes campaign and tapping Travis Scott for a capsule collection has no doubt helped the label to reclaim its position at the forefront of fashion since then.

Is helmut lang a luxury brand?

Yes, Helmut Lang is a high-end luxury clothing brand owned by Fast Retailing company. The brand has, however, lost some of its quality since its founder and head designer Helmut Lang himself left in 2005, with a little bit more approachable price points. This is why sometimes it could be considered one of the more attainable high-end designer brands.

Helmut Lang is owned by Fast Retailing Co., a large Japanese retail holding company that also owns well-known labels, including Uniqlo and J Brand. Since 2006, Fast Retailing group changed its course and successfully relaunched it via global expansion as a contemporary clothing label.

When did helmut lang leave?

Helmut Lang himself left his eponymous brand in 2005 to focus on his career in art instead. It isn’t expected that he will return to the label.

How do you pronounce helmut lang?

Helmut Lang’s name and clothing brand is pronounced as Hel-mut-lang – here, you can listen to the audio version.

Lang opened a boutique in Vienna, Austria, at the age of 23.

Lang branched out to Paris and started the label “Helmut Lang.”

By 1990, Helmut Lang had gained recognition in the fashion industry, catching the interest of buyers and fashion publications with his minimalist fashion collections.

Lang entered into a partnership with Prada Group, with Prada acquiring a 51% stake.

Soon after, Lang’s first collection under Prada was launched. It wasn’t as positively accepted, with several critics noting the change of being “less edgy” than Lang’s previous collections.

A year after the label was acquired by Prada, Helmut Lang left the brand.

Nicole and Michael Colovos, a designer couple who owned a denim brand Habitual, were appointed as the new creative directors.

The brand makes a relaunch, focusing on select upscale retailers to sell the new collections. SS07 is sold in Barneys and Bergdorf Goodman. Helmut Lang himself, who now lives on Long Island, New York, and is not related to the brand’s rebrand.

In February, Michael and Nicole Colovos left the company.

The brand tries to relaunch with a new vision for the collections, focusing on a contemporary look.

Editor of British “Dazed & Confused” Isabella Burley becomes “editor in residence” and spearheads the relaunch of Helmut Lang. Reverting back to the original logo, along with a black and white campaign shot by Ethan James Green and a shiny new digital identity.

The label also announced the “Helmut Lang Re-Edition” – authentic reproductions of some of the brand’s staple pieces – and fashion critics and fans all over the world rejoiced.

In August, Helmut Lang restructured the company, after which a series of layoffs took place.

Helmut Lang’s Spring/Summer 2018 collection was debuted by Shayne Oliver, the first one out in September at New York Fashion Week that year, with a diverse cast of underground models sporting gender-fluid silhouettes with bondage influences.

Kanye West and Solange are casted in Helmut Lang’s campaigns.

The brand’s SS21 collection references its advertising slogans from 1995, featured on matching sets of Helmut Lang hoodies and shorts.

The Helmut Lang brand and Uniqlo launch a denim capsule.

These Beefed-Up Shirts Are Ready For Winter
StylesponsoredOctober 4, 2022

From Supreme to Helmut Lang, Nobody Does Collaborations Like New Era
StylesponsoredFebruary 9, 2022

Olive Green’s Dominated Our Grail Wishlist Since The 90s, Here’s Why
StylesponsoredApril 15, 2021

Sponsored Story
These Co-ords Are Our Fall/Winter Uniform
SelectssponsoredNovember 17, 2021