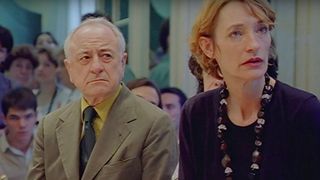 When Olivier Meyrou was a young director in 1998, Yves Saint Laurent‘s business partner and former lover Pierre Bergé commissioned Meyrou to film a documentary. He was invited to spend three years with the two at the height of their success, giving the director access to some of their most intimate moments. The ensuing film was too revealing, however, and a legal battle prevented it from being finished and released. This week, that changed.

Yves Saint Laurent: The Last Collections finally hit theaters Thursday in the United Kingdom after Bergé signed off in 2015, two years before his death.

“It was a very special time; the end was dawning,” Meyrou said to AnOther. “I think he wanted a last portrait of the house before it closed, and when he offered me the opportunity, I said yes, even though I knew nothing about the fashion industry. Saint Laurent was a mythical figure and I wanted to show the flesh and bone behind the genius.”

For those not in the UK, the documentary is also streaming on Mubi. Watch the trailer above.