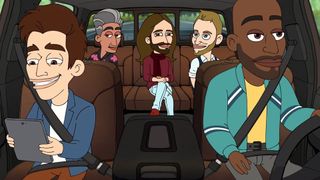 Only Big Mouth can get away with opening its official trailer with faux game show hosted by a talking vagina. For those who know, this NSFW animated show loves to take it the extreme, and they aren’t pumping the breaks for season 3.

For its upcoming season, Big Mouth focuses on what’s like to be going through puberty now. The show continues exploring human sexuality and everything around it, tackling issues such as cell phone addiction, female anger, the vast spectrum of sexuality, Adderall abuse, dick pics, toxic masculinity, and of course ‘how to have an orgasm.’