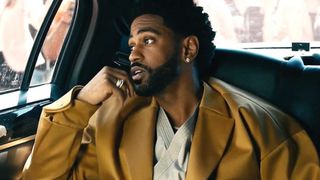 Just a few days after dropping “Single Again,” Big Sean has dropped the video treatment for the breakup song.  While the single focuses on self-empowerment—while featuring his literal ex Jhene Aiko, as well as Ty Dolla $ign—the new short film also takes on the social media whirlwind around celebrity relationships.

In the 6-minute short, fans debate if Big Sean cheated on a woman. Friends argue among themselves, and news anchors cover the ensuing protests. Big Sean is even put on trial, with the verdict not coming via a judge or a jury, but… social media.

He said in a press release: “The video has a lot of important messages, but the main one is for people to ‘wake up and smell the roses’ in a world where we wake up and check our phones instead.”

Not exactly subtle. But this is Big Sean we’re talking about here.