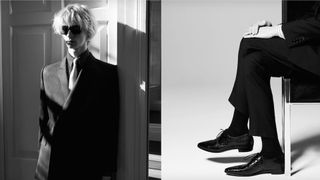 While Hedi Slimane‘s debut show for Celine had critics in an uproar, the luxury French fashion house just premiered its summer 2019 menswear campaign.

Additionally, the clip is sequenced with the classic 1985 track “Polaroïd/Roman/Photo” by French synth-pop duo Ruth. The featured pieces highlighted, along with the entire SS19 collection will be available in Celine stockists beginning February 2019.

This Is What Celine’s Haute Parfumerie Collection Actually Smells Like
LifesponsoredNovember 4, 2019