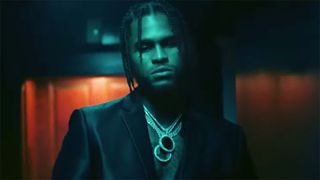 While simultaneously focusing on music and acting, Dave East is back in support of his two-song release, Survival Pacc, sharing the music video for the Gunna-assisted “Everyday.” East shared Survival Pacc earlier this month, as it also features a collaboration with Max B called “Wanna Be a G.”

We find Dave East participating in an underground poker game in the Andrew Sandler-directed video. Gunna is also present in the clip, although he can’t be found out the card table. Instead, the two have teamed up for the perfect heist.

Press play above to see if they get away with the robbery.

Dave East is gearing up for the release of his anticipated album, Survival, via Def Jam/Mass Appeal Records. The project is expected to arrive later this year, but has yet to be given a specific release date. Additionally, East plays Method Man in Hulu’s new Wu-Tang Clan mini-series, Wu-Tang: An American Saga, which premieres September 4.

The East Dane Spring Sale Has Started, With Up to 25% Off Margiela, Marni & More
SelectssponsoredMarch 3, 2020