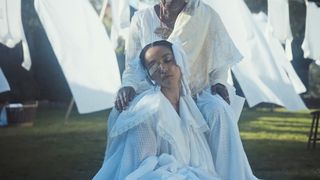 Following the recent release of “holy terrain” and “cellophane,” FKA twigs has now dropped another track off her upcoming album MAGDALENE. Titled “home with you,” the new track is accompanied by a video directed by FKA twigs herself.

In a press release, twigs expanded on the meaning of the track, writing “You can take the girl out of the suburbs but you can’t take the suburbs out of the girl. ‘home with you’ reinforced my reoccurring suspicion that when I’m in doubt, I should follow my gut and go home.”

MAGDALENE is slated to drop on October 25 and counts features with the likes of Future. While waiting for the release of the new album, peep FKA twigs’ latest video above.

On this week’s episode of The Dropcast, we are joined by Atlanta’s Reese Laflare a.k.a. Lil Skate who’s making his mark in the rap game after a career as a pro-skater.